Web apps go through the continuous development and deployment pipeline in today’s DevOps and cloud era. So, there is a compelling need for test automation frameworks to evolve and innovate. In addition, enterprises want to standardize their testing structure to automate their legacy, desktop, web, and mobile apps using a single tool.

End-to-end testing hasn’t been very user-friendly, but the launch of automation frameworks has changed that. It helps teams standardize all their test automation assets, regardless of their tools. Cypress is one such automation framework. Cypress helps with end-to-end test automation that suits modern web application environments. It is entirely written in JavaScript and packaged into ‘npm,’ which runs on Node.js. As a result, Cypress is easy to set up, write, run, and debug test cases. In addition, Cypress gives you the power to code as fast as possible. It addresses the crucial problems developers and QA engineers face while testing web applications.

A quick peek at npm trends shows that Cypress is very popular in the JavaScript community. It is primarily used for UI functional test automation, but It can also test APIs, do accessibility checks, and get visual validations.

Cypress had grown exceedingly well from when it was first released, and version 4.0 supports Firefox and Edge browsers as well. The State of JS 2020 noted that Cypress is the third most popular testing framework, which indicates many developers and QA engineers are switching to Cypress. The Cypress community is also very active. With the introduction of Cypress Ambassadors, you have access to an extensive network of brilliant developers and QA engineers from across the world to learn from.

Some Unique Features of Cypress

Most testing tools operate outside the browser and execute remote commands across the network. However, the Cypress engine directly operates inside the browser. So, it is the browser that is executing the test code. This enables Cypress to monitor the browser behavior at run time by manipulating DOM and altering Network requests and responses on the go.

Cypress opens doors to new testing with having ultimate control over your application. It has two main default components — Cypress Test Runner and Cypress Dashboard.

Test Runner is used to run Cypress test cases on the local machine, and the Dashboard tracks the execution and status of the automation suite.

Test Runner is a unique interactive runner that allows you to monitor commands as they execute while also viewing the application under test. Below are the critical subcomponents of the test runner that one should focus on while executing test cases.

Dashboard Service: The Cypress Dashboard is a platform that provides user access to tests, usually while running Cypress tests from the CI provider. The Dashboard provides the user with insight into what happened when the tests ran. 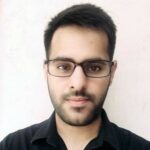 Mayank Bhola is the co-founder and head of product at LambdaTest.

View all posts by Mayank Bhola