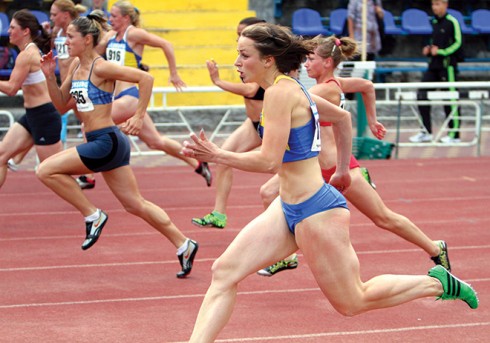 The long-distance runner rounds the track and starts down the final 200-meter straightaway, but stumbles dramatically. The back of the pack has nothing left to give. The leader lopes ahead effortlessly. Meanwhile, a surprise surge propels an athlete past four frontrunners. She slides across the line in time to win the silver medal.

The Olympics are an apt metaphor for peak performance of software deployment and release. Runners spend years circling the track, becoming ever more efficient at their sport. They work their way up through regional, national and world competitions, practicing delivery under pressure. But only the best make it to the Olympics, and once there, some fail ignominiously while others show that strategy is crucial when it comes to the final heat.

Avoiding dramatic blowouts in the “last mile” of the software life cycle has gained popularity thanks to David Farley and Jez Humble’s book “Continuous Delivery: Reliable Software Releases through Build, Test, and Deployment Automation.” Several new tools focus on elements of the life cycle after development and testing. And in 2012, the focus is increasingly on deployment, as open-source continuous integration tools such as Jenkins gain popularity.

Even the distinction between deployment and delivery is being actively debated, along with the utility of canary releases and feature toggles. These are all signs that the DevOps movement—bringing operational concerns into the early parts of the requirements and development cycle—is gaining mainstream awareness.

But like the weekend warrior whose training plan falls far short of competitive standards, is the average software team even ready to dream of continuous delivery? Has its prerequisite—continuous integration and build management—been met?

As support for his argument that continuous integration needs not require a special tool, Humble points to a 2006 article by James Shore, “Continuous Integration on a Dollar a Day,” which suggests all you need is an old workstation (to run the builds), a rubber chicken (to take to your desk to alert everyone that you have checked in changes and a build is running), and a desk bell (which you ring if everything passes).
#!
Build management to deployment
It’s more likely, however, that you are using a tool to automate the integration and build processes. Whether it’s JetBrains’ TeamCity for .NET developers, Atlassian’s Bamboo or Apache Maven for Java developers, CruiseControl.rb for Ruby developers, or Jenkins (née Hudson) for any language, there’s something at every price point. While Jenkins is free and open source, there’s ThoughtWorks’ Go in the upper mid-range. UrbanCode’s uBuild and Electric Cloud’s ElectricAccelerator and ElectricCommander are at the high, six- to seven-figure end.

Further, build management and continuous integration tools have become increasingly indistinct: “There is enough overlap between the tooling that it was easy for CI tools to steal build management features, and vice versa,” observed Eric Minick, technical evangelist for UrbanCode. “In 2001, we released the Anthill open-source build management tool, which is long since dead. Within a month, CruiseControl came out as a continuous integration tool. I don’t think we and the CruiseControl guys saw us as being in the same space. But the net result was that the tools learned from each other.”