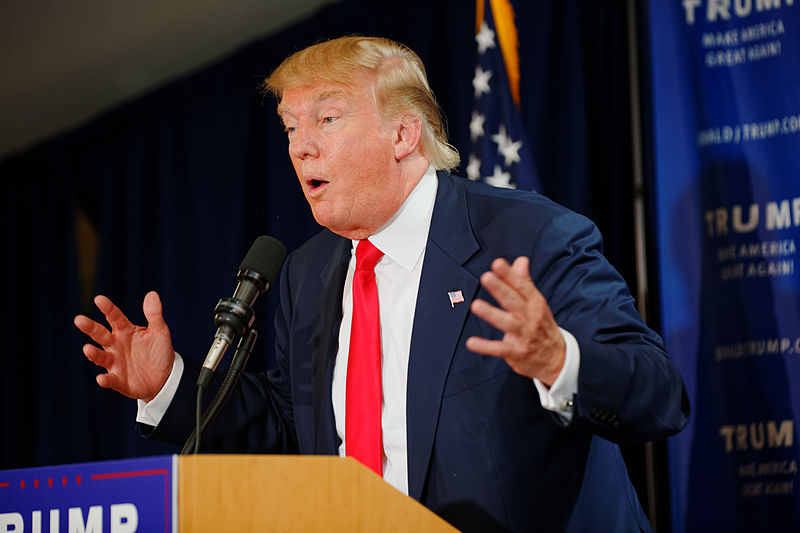 If you thought republican presidential candidate Donald Trump already said enough crazy things, you might not want to follow his Twitterbot. A postdoc from MIT’s Computer Science Artificial Intelligence Lab (CSAIL) has developed a Twitterbot that uses an artificial intelligence algorithm, deep learning techniques and neural networks to tweet out Trump-like statements such as “I’m what ISIS doesn’t need.”

The bot, dubbed @DeepDrumpf, is trained on hours of Trump’s victory speeches and debate performances, and was inspired by a recent report that found Trump’s linguistic patterns were similar to a fourth-grade reading level.

(Related: A programming language made of emojis)

“Trump’s language tends to be more simplistic, so I figured that, as a modeling problem, he would be the most manageable candidate to study,” said Bradley Hayes, creator of the Twitterbot and postdoc at MIT CSAIL.

According to Hayes, the Twitterbot doesn’t always make complete sense, but neither does Trump. Hayes envisions multiple Twitterbots based on other presidential candidates conversing in real-time deep learning debates.

“Much of my actual robotics research deals with these types of modeling techniques,” said Hayes. “I thought this would be a good way to learn more about some of the concepts, and have a little bit of fun in the process.”

This isn’t the first time the Internet had a field day at Trump’s expense. A mock programming language, TrumpScript, was recently developed in honor of the presidential candidate.