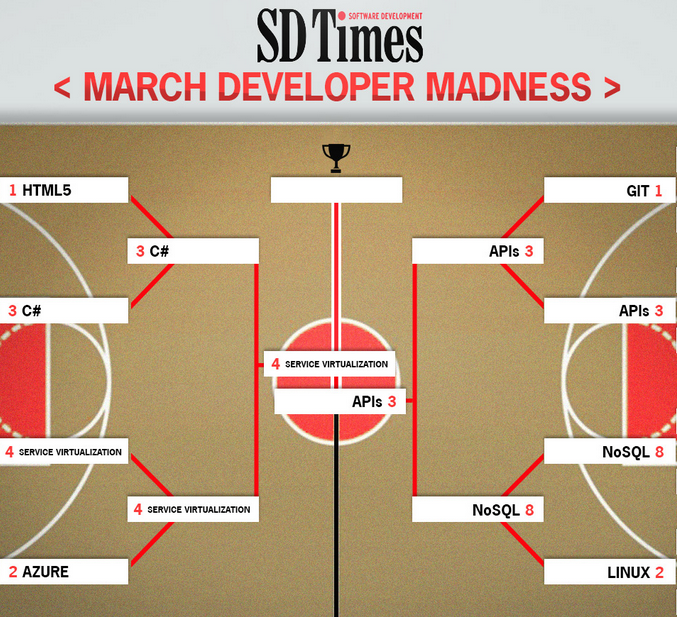 It all comes down to this. After three weeks and 30 other software development technologies, methodologies and platforms going down, it’s #3 APIs vs. #4 Service Virtualization for the championship. APIs ended the cinderella run of #8 NoSQL in a close game, while Service Virtualization buried C# in a landslide victory to reach the championship game. Which will be crowned champion of SD Times March Developer Madness, the all-important Application Programming Interface or Virtualization, the trend eating software services? Vote now and decide the winner!