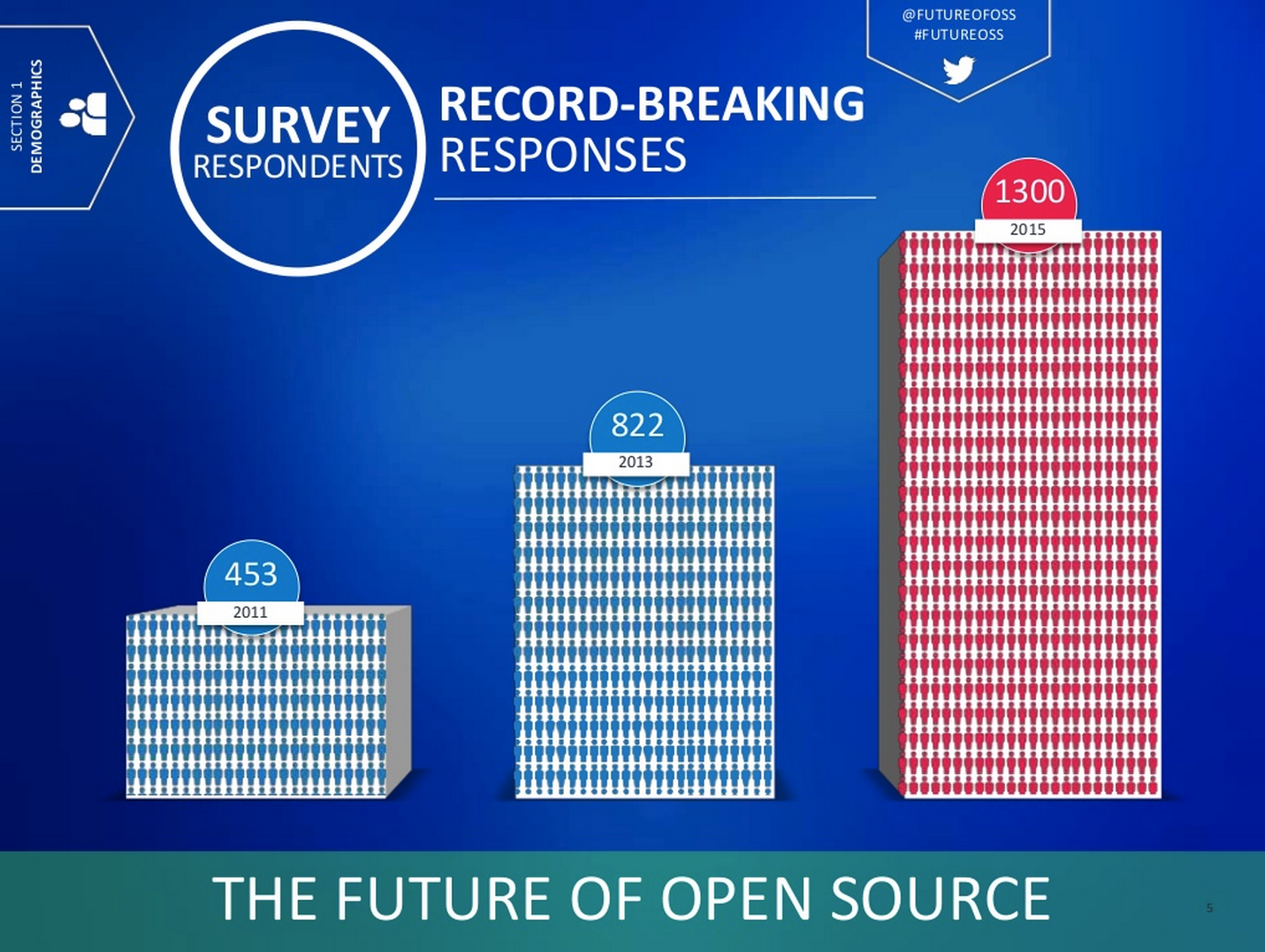 One thousand three hundred enterprise developers responded to Black Duck’s 2015 Future of Open Source survey, and the results point to an easy road ahead for publicly developed software. Chief among the findings was that 78% of those respondents reported that their company as using open-source software in production, and only 3% said they did not use open-source software at all.

Open-source usage is not shrinking, either. Ninety-three percent of those responding to the survey, coproduced by North Bridge, said their organization’s usage of open-source software either grew in 2014 or remained the same. In 2014, only half of the companies participated in open-source projects. Today, 64% are participating. Black Duck’s numbers indicate that over the next two to three years that number could go as high as 88%.

Security perceptions are not slouching, either, despite the brutal exploits for OpenSSL and Xen discovered last year. Fifty-five percent of respondents said they believe open source offers superior security when compared to proprietary solutions. Black Duck expects this number to rise slowly over time.