Builds are taking less and less time, according to a new SD Times poll of its readers.

In a software development life cycle relying increasingly on automated build tools with an emphasis on speed, full production software builds have gone from taking hours and days to minutes and seconds. In our recent poll, 35% of developers said their software builds now take minutes to complete, with 27% saying it takes seconds. Eleven percent of developers said their builds take only milliseconds.

Take a look at a more detailed breakdown of the poll results below: 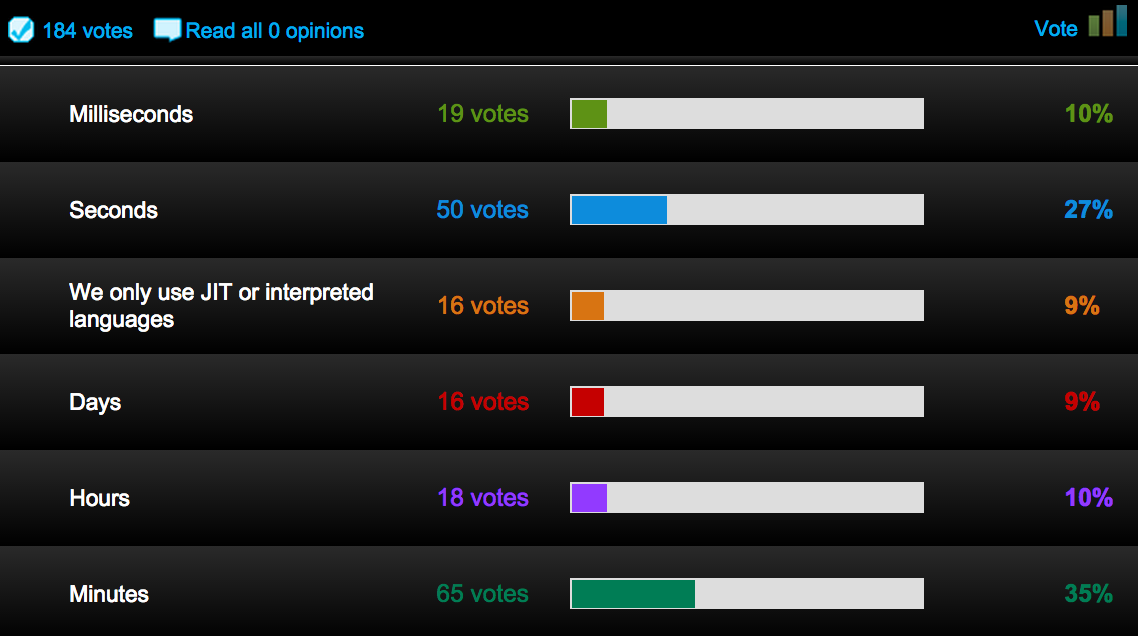