Zeichick’s Take: Innovate in the cloud, cheaply and securely 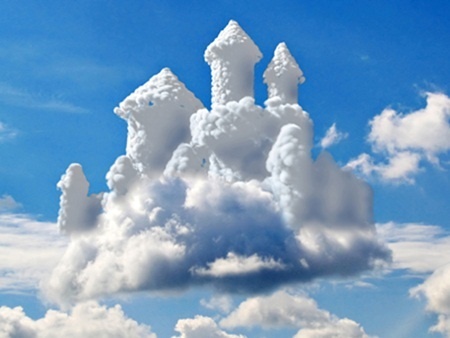 For development teams, cloud computing is enthralling. Where’s the best place for distributed developers, telecommuters and contractors to reach the code repository? In the cloud. Where do you want the high-performance build servers? At a cloud host, where you can commandeer CPU resources as needed. Storing artifacts? Use cheap cloud storage. Hosting test harness? The cloud has tremendous resources. Load testing? The scales. Management of beta sites? Cloud. Distribution of finished builds? Cloud. Access to libraries and other tools? Other than the primary IDE itself, cloud. (I’m not a fan of working in a browser, sorry.)

Sure, a one-person dev team can store an entire software development environment on a huge workstation or a convenient laptop. Sure, a corporation or government that has exceptional concerns or extraordinary requirements may choose to host its own servers and tools. In most cases, however, there are undeniable benefits for cloud-oriented development, and if developers aren’t there today, they will be soon. My expectation is that new projects and team launch on the cloud. Existing projects and teams will remain on their current dev platforms (and on-prem) until there’s a good reason to make the switch.

The economics are unassailable, the convenience is unparalleled, and both performance and scalability can’t be matched by in-house code repositories. Security in the cloud may also outmatch most organizations’ internal software development servers too.

We have read horror stories about the theft of millions of credit cards and other personal data, medical data, business documents, government diplomatic files, e-mails and so-on. It’s all terrible and unlikely to stop, as the recent hacking of Sony Pictures demonstrates.

What we haven’t heard about, through all these hacks, is the broad theft of source code, and certainly not thefts from hosted development environments. Such hacks would be bad, not only because proprietary source code contains trade secrets, but also because the source can be reverse-engineered to reveal attack vulnerabilities. (Open-source projects also can be reverse-engineered, of course, but that is expected and in fact encouraged.)

Even worse that reverse-engineering of stolen source code would be unauthorized and undetected modifications to a codebase. Can you imagine if hackers could infiltrate an e-commerce system’s hosted code and inject a back door or keylogger? You get the idea.

I am not implying that cloud-based software development systems are more secure than on-premises systems. I am also not implying the inverse. My instinct is to suggest that hosted cloud dev systems are as safe, or safer, than internal data center systems. However, there’s truly no way to know.

A recent report from the analyst firm Technology Business Research took this stance, arguing that security for cloud-based services will end up being better than security at local servers and data centers. While not speaking specifically to software development, a recent TBR report concluded, “Security remains the driving force behind cloud vendor adoption, while the emerging trends of hybrid IT and analytics, and the associated security complications they bring to the table, foreshadow steady and growing demand for cloud professional services over the next few years.”