SD Times Blog: Get your hands on the Commodore 65

It’s a rare day that gets us here at SD Times talking about hardware. But it looks like the next five days are shaping up to make this whole week something special. The next five days, you see, will see the continuation and then ending of a new auction on eBay. An auction for a Commodore 65.

What madness is this? The Commodore only came in flavors of 16, 64 and 128, right? Commercially, you’d be correct. You could even be forgiven for throwing the number 20 in there to represent the VIC-20. But that number 65 just never made it to market.

The Commodore 65, you see, was a prototype. It was whipped up in 1990, and included many features designed to improve upon the 64. This included a 3.5-inch built-in floppy drive, and a suite of 6502 variants for CPU and interface control. 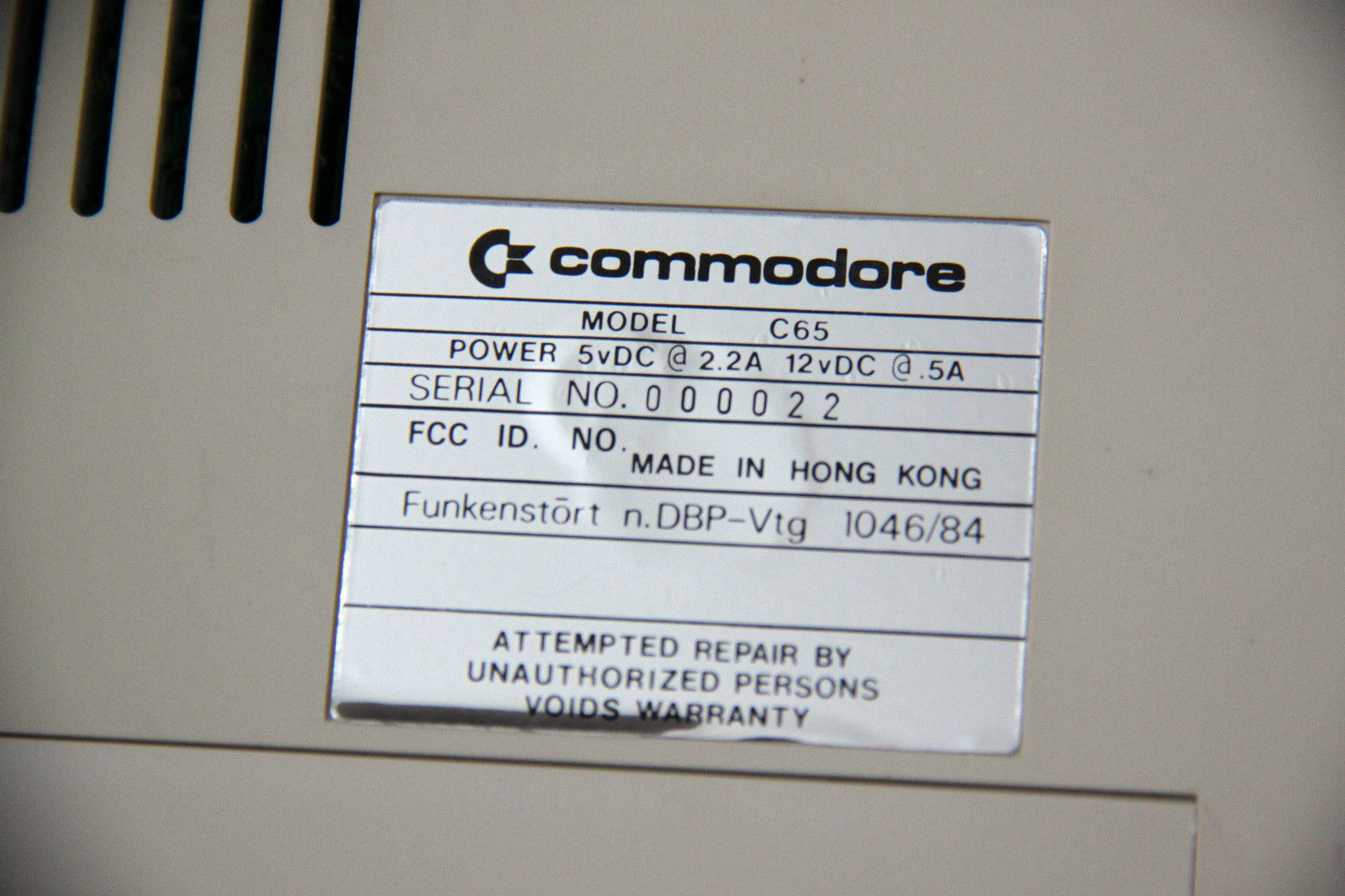 A moment about that floppy drive. If you already owned a C64, you know this and can skip ahead a few paragraphs. The original 1541 5.25-inch floppy drives for the Commodore 64 and VIC-20 were terrible pieces of hardware, but they were also incredibly unique in the hacked-together way they worked.

You see, the 1541 was quite an advanced piece of hardware when it was introduced. So advanced, in fact, that each floppy drive also includes a 6502 processor to handle the actions of the drive. Each floppy also runs its own operating system. Essentially, when you plug a 1541 into your C64, you’re plugging a second computer into the thing.

Weird, huh? But that’s just the beginning. The 1541’s drivers were so bad that they resulted in extremely long load times for almost every use case. If you had a C64, you know it can sometimes take five to 10 minutes for an application to load from disk. It’s nuts!

The solution was just as crazy. Instead of Commodore patching these faulty drivers, every third-party software maker for the platform just included their own floppy drivers on their disks. When you load just about any piece of software for the C64 (including Habitat, that project I mentioned here months ago), that piece of software starts its run by replacing the on-board floppy drivers.

That made emulating the C64 a real pain in the patoot: Every piece of software had to have its own handlers added to the emulator to allow it to run those drivers. The end solution was to simply emulate the floppy drive in its entirety. I can think of few other emulators that must do this.

The C65 prototype knew about these problems. It was also designed knowing full well that C64 users hated the interface. The C64 had very little of an operating system included. It had enough to allow users to load programs and look around the machine’s operations, but not enough to easily store commands for repeating, or to even understand the difference between programs and data files. 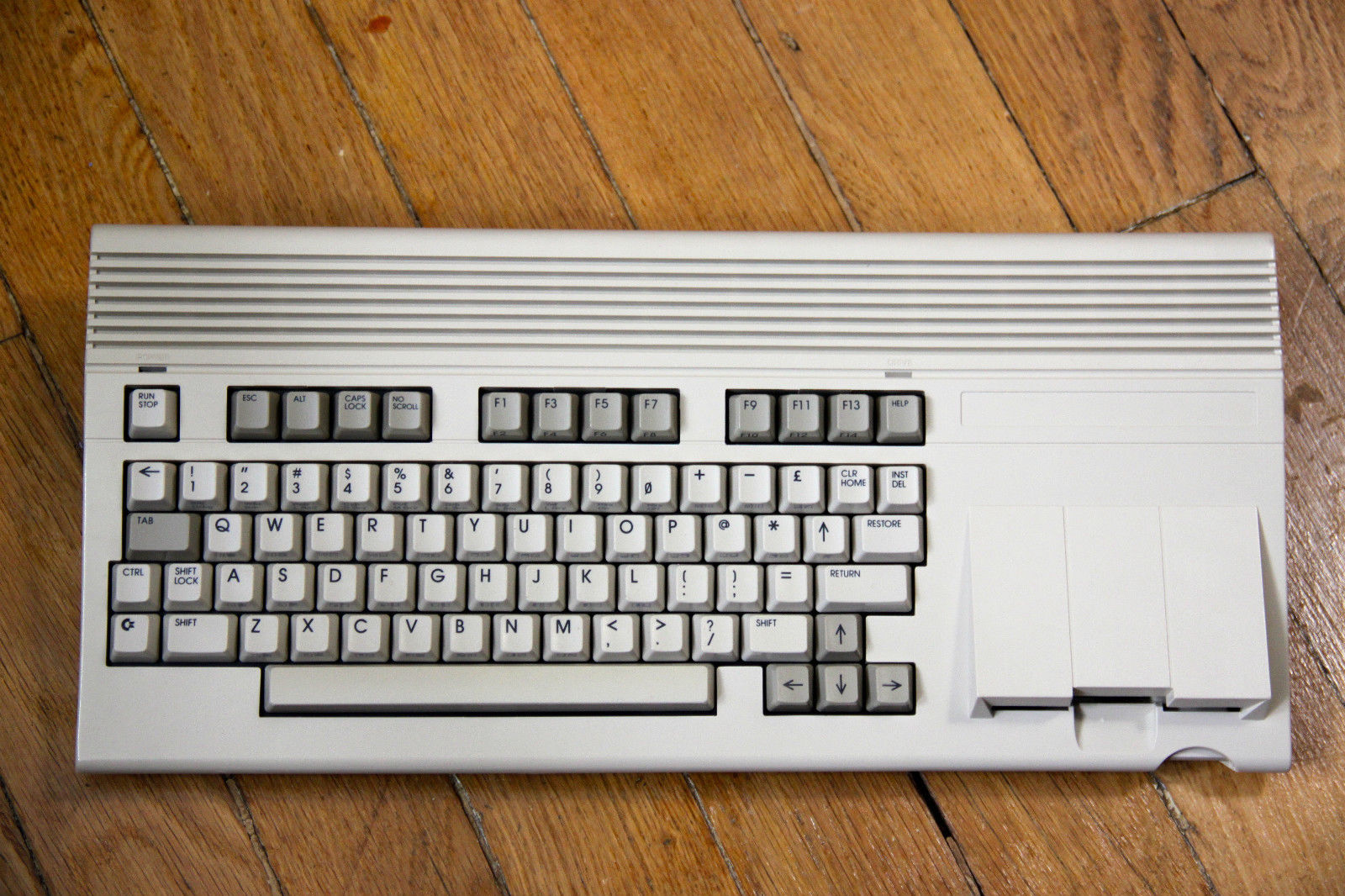 Thus, the C65 includes a real operating system. It’s a major step up for the Commodore user, who by this time was buying expensive third-party cartridges that included better operating systems and features.

Sadly, 1991 was too late to save the Commodore. The platform had only taken off because Jack Tramiel had the wisdom to see the market for a cheap computer, and when he left the company in 1984 to build the Atari ST, Commodore very quickly began to sink.

But the C65 did manage to make it out to trade shows in 1991. It never made it to market, sadly, but it’s still out there, a white whale for Commodore admirals to hunt down. There are thought to be as few as 50, or as many as 2,000 C65 prototypes out there. This one, however, is the first I have ever seen on sale to the public.