A group of researchers have created a robotic garden they say is an aesthetically appealing way to get young students involved in programming. The researchers from MIT’s Computer Science and Artificial Intelligence Lab (CSAIL) and the Department of Mechanical Engineering uses robotic sheep, origami flowers and robotic ducks to introduce students to topics such as graph theory and networking.

“Students can see their commands running in a physical environment, which tangibly links their coding efforts to the real world,” said Lindsay Sanneman, software engineer at MIT’s CSAIL. “It’s meant to be a launch pad for schools to demonstrate basic concepts about algorithms and programming.”

The robotic garden is a tablet-operated system that can be controlled either by a click feature or a code feature where users can use programming techniques to execute their own commands and sequences in real-time. The system includes dozens of fast-changing LED lights and more than 100 origami robots able to crawl, swim and blossom like flowers. 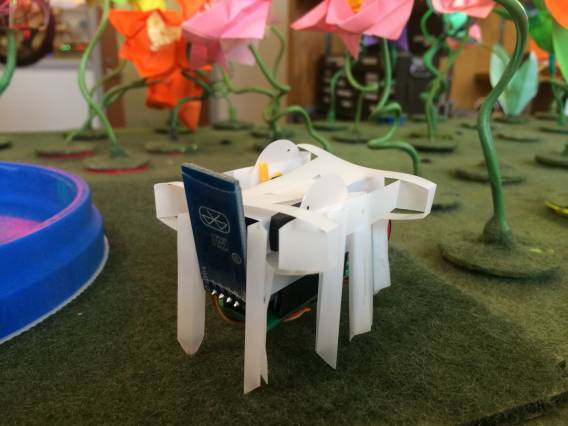 The garden features eight varieties of origami flowers such as lilies, tulips and birds of paradise. The sheep robots were built using traditional print-and-fold origami techniques, while the magnet-powered ducks were heated in an oven to automatically fold into shape. 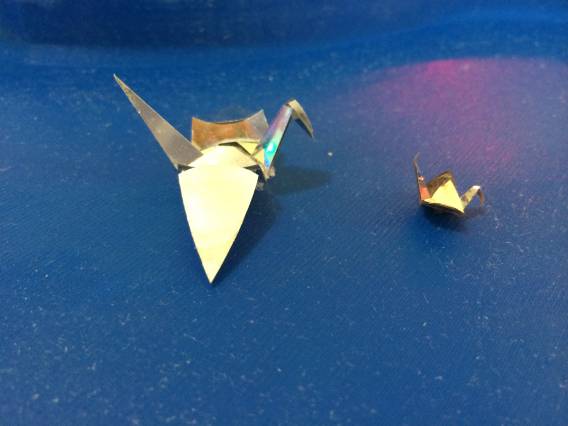 “Computer science has so many real-world applications that a lot of kids don’t see because they aren’t exposed to them from an earlier age,” Sanneman said. “That’s why we think there’s a lot of potential for tools like this.”