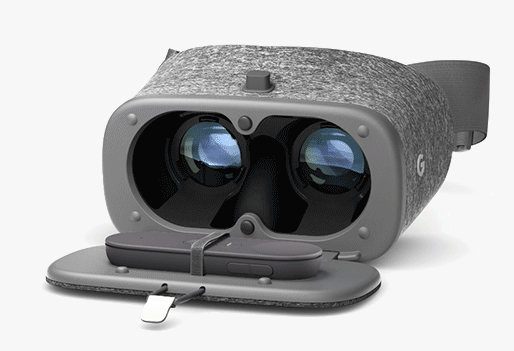 Ever since Google introduced its mobile virtual reality device, Daydream, the company has been working with developers, smartphone companies and content creators to make dreaming a reality.

Daydream was first introduced in May at Google I/O, and now the company has introduced three key elements of it: smartphones, headsets and VR experiences.

Google announced the Daydream View, a headset and controller that is 30% lighter than a similar headset and can fit over eyeglasses. The controller is small but packed with sensors that understand a user’s movements and gestures.

Daydream-ready phones will work with the headset, including Google’s newest Pixel and Pixel XL, as well as the company’s latest Android 7 Nougat phones.

Two former employees and a person apprised of the events said that they “complied with a classified U.S. government directive, scanning hundreds of millions of Yahoo Mail accounts at the behest of the National Security Agency or FBI,” as stated in the Reuters report.

It’s possible that the NSA or FBI approached other Internet companies with the same idea, but according to Reuters, it’s hard to know which agencies are actually seeking the information.

The sources did not want to be identified, and it is not yet determined what data Yahoo might have handed over.

Pixel: Google’s new smartphone
Google has released the features for its first Android phone, Pixel, which combines Google hardware and software in one device. The glass on the back of the device features Pixel Imprint, which is Google’s fingerprint sensor that lets a user access his or her phone’s notifications.

Pixel is also the first phone that has the Google Assistant built into it. Additionally, it ships with the newest Android operating system, Android Nougat 7.1.

Go 1.7 introduces HTTP tracing
The Go programming language has introduced HTTP tracing in Go 1.7, which allows it to gather fine-grained information throughout the life cycle of an HTTP client request. This information can be used to debug latency issues, or write adaptive systems.

According to a Go blog post written by Jaana Burcu Dogan, a contributor to the Go language, “The httptrace package provides a number of hooks to gather information during an HTTP round trip about a variety of events.” These events include connection creation and reuse, DNS lookups, writing the request to the wire, and reading the response.

Developers looking to debug HTTP request latency and write tools for network debugging for outbound traffic can do so by enabling HTTP tracing.