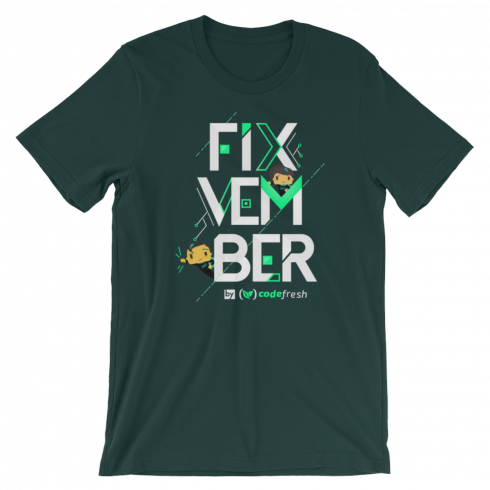 For many developers, November is the time of the year where they look to sharpen their skills and dedicate more of their time to outside projects. Much like the National Novel Writing Month (NaNoWriMo) initiative where writers commit to writing 50,000 words in the month of November, developers commit to writing code. A few years ago an initiative called Progvember was launched to encourage developers to create a computer program within the 30 days. Progvember seems to have died out, but in its place rose Codevember, a November challenge to get developers to code everyday.

This year, Codefresh wants to get in on the phone with a month-long do-it-from-home DevOps hackathon: Fixvember. Fixvember aims to encourage developers to contribute to open-source projects and improve their DevOps skills by focusing on building automation, adding better testing and fixing bugs.

“DevOps has gone mainstream. DevOps engineers are now one of the highest paid types of engineers. By highlighting DevOps and its importance in the engineering process, we hope to expose more engineers to these ideas and best practices. DevOps engineers can bring their expertise to open source projects and collaborate with engineers at varying skill levels,” said Dan Garfield, chief technology evangelist for Codefresh.

According to Garfield, the company decided to launch Fixvember after last year’s Hacktoberfest. “We thought about all these new features people added that probably didn’t come with tests. So it started as a joke that November is when you ‘fix’ all the stuff you got in October,” he said.

‘The goal of Fixvember is to get people thinking about how they use DevOps best practices in all their repos. Unit tests, integration tests, security scanning, performance testing, fuzz testing, etc, etc,” the company wrote in a blog post announcing the event.

As part of Fixvember, Codefresh will be providing free accounts with 120 builds per month, a private Docker registry, a private Helm repository, unlimited users and unlimited repos.

“Anything you add to improve DevOps will continue to pay off with more reliable and easy to use processes. For many engineers this will be the first time they get a pipeline setup and they can add to it as time goes on,” said Garfield.