From the Editors: You’ve come a long way, Linux

From the Editors
Published: March 4th, 2015
- SD Times Editorial Board 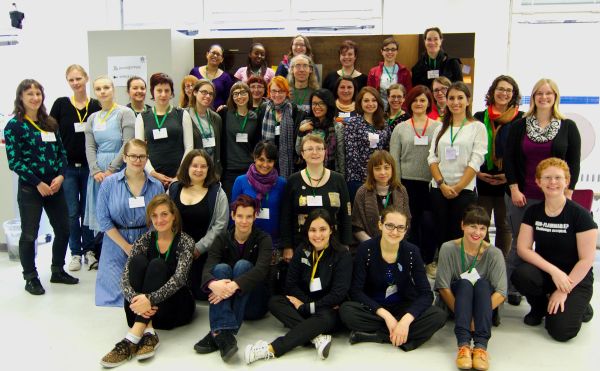 This month, as we do every March, we reported on the Who Writes Linux report from the Linux Foundation. Usually, this is a fairly rote affair: Red Hat and Intel contribute tons of code, Greg Kroah-Hartman does a ton of the work, and we learn about some small firm somewhere that’s cranking out kernel code disproportionate to its size.

But this year, the report included some very interesting information about the success of Linux kernel contributor outreach programs. Linus Torvalds has been criticized for making the Linux kernel a hostile place to work, particularly in the past year or so. This is no reflection of Linus’ increased activity or hostility, though: It’s more a result of increased eyes on the project and the behavior of those therein. Still, the calls for Linus to play nice were largely ignored by Linus himself, and we believe that’s just fine.

Why? Because Linus doesn’t have much to do with the kernel anymore, except on occasions where technology and implementation disputes rise to the level where he’s paying attention. The kernel team is full of brilliant, friendly folks, far more than it is filled with bearded grognards looking for a fight.

Another reason we’re OK with Linus’ attitude is that the FOSS Outreach Program for Women brought in more new developers to the kernel than all other companies and organizations combined.

That’s right: In 2014, just over 1,400 new women contributed patches to the Linux kernel. For a project that was being criticized for being unfriendly to newcomers, that’s an awful lot of newcomers!

And if ever the Linux kernel needed those newcomers, it is now. Linux is on the cusp of a major explosion of users, primarily coming from the Internet of Things and Drone spaces. With so many new users coming into the platform around embedded systems, real-time servo-motor control, and constant Internet connectivity, the Linux kernel must quickly evolve to accommodate these new use cases.

It could not adapt without the dedicated work of so many geniuses around the world. Now that the Linux kernel encompasses nearly 19 million lines of code, has taken over the server market, and has touched the lives of almost every person on the planet simply by handling their phone calls, e-mails and census data, it’s nice to know that the people who write the kernel now better represent the people of this planet. It is perhaps the largest single project ever undertaken by such a diverse and representative array of humanity.