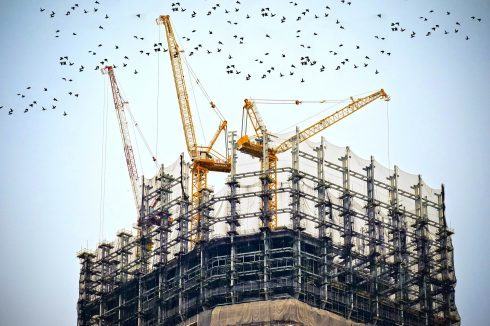 More software development teams are using low-code tools to improve productivity. However, most low-code platforms limit the scope of what can be built and lack the flexibility required for complex enterprise projects. Typically, all development must be done in the low-code platform, which precludes the use of standard IDEs and platforms.

“The low-code revolution offers huge benefits in terms of agility and efficiency, but a lot of enterprises are ‘locked out’ of it because the tools don’t meet their needs. Those needs fall into three key areas: regulations and control of data, complexity and integration, and pricing,” said Charles Kendrick, CTO of Reify.

Reify comes from Isomorphic — the company whose SmartClient/SmartGWT platform has been proven over the past 20 years in the most complicated web applications, across many industries.

“Other low-code vendors started with a visual tool, and then built in limited extension points.  We built Reify as a front-end to our proven platform.” said Kendrick. “With that approach, you have this extremely powerful visual tool, but you can also drop down to the full power of the underlying platform, any time you need to.”

Regulations and Control of Data

A lot of enterprises can’t allow their data or application designs to leave their carefully controlled networks because if they do, they’ll be out of compliance with HIPAA, DFARS, PCI DSS, GLBA or other regulations. These businesses have been forced to ignore low-code platforms that require off-premises cloud storage, cloud hosting or cloud processing.

“So many low-code tools are cloud-only or they don’t give you sufficient control over deployment to handle regulatory requirements,” said Kendrick. “That precludes entire classes of companies from using them.”

Reify offers a complete behind-the-firewall solution so data and designs never leave the company network.  Reify also allows an application to be exported and deployed to any system so that developers retain complete control.

Almost all low-code tools target simpler applications. They offer limited possibilities for screen layout, and integrating with other technologies can be so complex that the benefits of low-code are thrown away.

“We’re talking to a lot of customers who started with a low-code tool, and it worked for version 1.0 of their app, then requirements changed and they had to throw their work away and start over,” said Kendrick. “That can’t happen with Reify, because you can always just continue with classic, IDE-driven development. You never lose any work.”

Reify also allows you to build just parts of your application inside a visual tool. Users can simply design individual screens, or parts of screens, which become part of a larger application.

Reify screens can also be plugged into any existing application, regardless of the technology used, making it possible to use low-code approaches to incrementally upgrade legacy applications.

Most low-code platforms charge on a per-end-user basis, but there are many applications that need to support 10,000 accounts, even if most users visit only occasionally or use limited functions. Worse, for many low-code platforms, the requirement for a seemingly common feature can bump you into a new pricing tier, which may be $50 or even $100 per user, pricing that is unworkable with 10,000 occasional users.

Instead, Reify is priced based on the number of people that use the design tool, not the number of end users. Similarly, pricing for managed deployments is based on usage not users.

“Since we give you the option to deploy on your own, you know you can never get locked into unfair pricing.” said Kendrick. “Overall, our pricing stays reasonable even if customer requirements shift radically, making Reify safe to use for any project.”

A Big Shift in Low Code

“Taken together, Reify’s benefits completely change the nature of low code: It’s no longer a quick way to build simpler apps, now it’s the methodology for everything you build.  All projects – even the most complicated ones – can be maintained partly visually and partly as code, with a clear and simple process for efficiently collaborating,” said Kendrick. “Lots of large enterprises have wished they could use low code. Now, finally, they can.  And they will get much larger benefits than their competitors are getting out of other low-code solutions, because they can use Reify more broadly.” 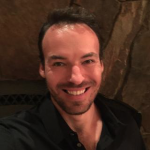 Charles Kendrick is the CTO at Reify.

View all posts by Charles Kendrick