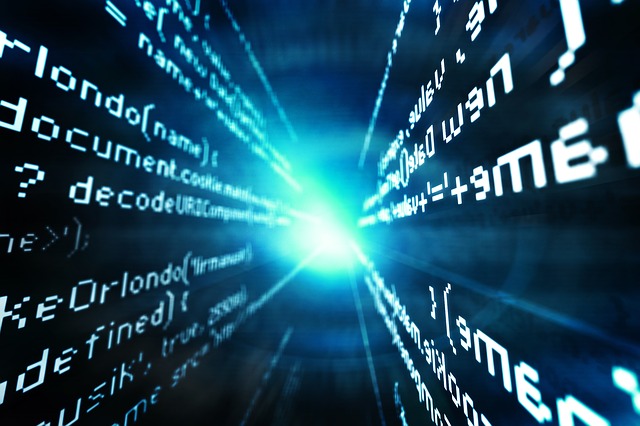 If you’ve been around this industry long enough, you likely recall a time when your manager came down to your office, large cardboard box in-hand, smiling like a boss that’s done good for his workers. The scenario likely played out as follows.

Boss: Here, take this! (hands you the shiny box)

You: But we don’t use Servlets.

You: OK (You then put the software under your desk and never touch it again)

Enterprise software has always had one major problem: the people buying it aren’t usually the people using it. That means steak-and-cocktail sales engagements usually won sales contracts, rather than actual usability.

This is why so many users in corporations, for years, had such disdain for business software. It didn’t have to be good because the interests on both sides of the tool were misaligned. The sellers are looking for a commission, not for a way to solve a problem.

The buyers, on the other hand, often didn’t care if they bought a few stinkers every year: their budgets were maxed on purpose so as not to allow the C-levels to shrink them in the next budget. Most software teams had the tools they needed, so throwing a Servlet maker at them and burning five figures was mostly a budget protection tactic. If the tool actually saved some time, victory all around. If not, just buy something else next year.
This way of thinking is now a legitimate handicap. While, for years, it was table stakes, it’s a mark of death for a team today. That’s because the tools don’t suck anymore. There’s certainly plenty of extremely expensive, mildly useful software out there, but it’s certainly not worth burning cash to just to get it in the door. Not when there are so many options on the Web with free trials and 30-day samples.

In the past, just getting a 30-day free trial of some large, million-dollar software package was a multi-month excursion into the land of Gartner and into repeated dinners and meetings. But those things are all severe wastes of time now. You should be reading Gartner reports, sure, but you don’t need them to come to your building just to tell you about software packages you can find with Google.

While there are still engagements that require this type of full-frontal vendor contact, Atlassian tossed this whole model into the dumpster years ago. Today, enterprise software development tools are modeled after Jira: the good ones are cheap, and the best ones are free. Atlassian’s pricing was even so low that a few years back, they had to raise it a bit to make enterprises less skeptical.

Atlassian offers SLAs and support for its products, but the pricing ranges from $3,000 to $10,000 per year. That’s an almost laughably low price for an enterprise software package, and yet, Jira is mature, stable, reliable and has a mature support staff.

We have crossed the gap, bridged the chasm, moved into the next era of software development. If there isn’t enough information on your desired tool out there on the open Web, the tool shouldn’t be considered. If there’s no one talking about it in Stack Overflow, or on developer forums, you’re likely making the problem too hard and forcing yourself into a niche solution. When the only tool you have is a hammer…

We live in an era where information on obscure topics, such as specific software packages, is no longer impossible to find. It may take some doing, but even open source projects have live 24/7 tech support if you’re able to use IRC and read forums. Take Docker, for example: it’s not yet a mature software platform, but you can get information on it any day, any time in the #docker chat room on Freenode. That info will be coming directly from the core developers, too. The company’s CEO is even on IRC answering questions and looking over code snippets.
Oracle just can’t compete with that kind of free-form, free tech support. While this cannot replace the comfort of an SLA, it can certainly take the place of expensive training seminars, or platinum-level support contracts.

Time was, groups like Gartner existed because you couldn’t just open up consumer reports and find reviews of SAP, Oracle and SAS. Today, however, these packages are talked about online by other software developers, and thus, their limitations and pitfalls can be understood prior to purchase. Questions about them can be found already answered online, and alternatives are popping up in how-to’s and templates for applications on GitHub.

In the end, the things that still recommends large software packages are reliability and SLAs. Startups can’t necessarily compete on that playing field. But the time will soon come when those big packages are just not an option, due largely to pricing. While there isn’t anyone out there today who can replace your SAP instance for $50,000 a year with point-and-click integrations, rest assured, that time is coming in the next 10 years.

That time has already arrived for Oracle. If you are creating a new product, entirely green fields, and you’re searching for a database, you would be immediately terminating your products’ viability in the marketplace by even considering an Oracle database.

Why? Because your competition will, with absolute certainty, be using something that is cheaper by a factor of 10. They may be exchanging that $10 million sale contract for an extra 6 months of engineering to make it all work, but in the longer run, they’re going to make that $10 million on sweat equity, and keep it in their own bank.

Indeed, the days of ludicrously large, super expensive software packages is starting to come to an end. These beasts will still live on as very specialized packages that do very important things, and as the core packages behind large companies, like the Gap, Wendy’s, and Pepsico.

While these types of firms are heavily bound by compliance laws, we’ve already seen that open-source tools can work in these environments. In fact, the real way to differentiate software in the future is to handle governance, monitoring, compliance and other legal restrictions. This is the area where these large packages will continue to thrive for some time. But even these areas will eventually fall to smaller, more agile projects that can replace smaller parts of the whole.

Eventually, frankly, we can expect someone like Amazon or Softlayer to offer compliant clouds with compliant services, prescreened services, and high levels of logging. Even when large software packages are still being used, their support staff is still destined to become just another service in just another cloud, paid for by the hour.

It’s been a crazy few years, here, and you and the team are likely still freaking out because you’re not in the cloud as fully as you would like, or your internal services aren’t microservices yet.

Think about this, instead: how many software packages would you have to buy to replicate just one of your AWS-hosted applications. I’m betting it’d be a few. And yet, you’re now just paying by the hour, likely a lot less money than you’d pay to have things like Elastic Map/Reduce, S3-like storage, load balancing and autoscaling for applications on an internal cloud.

Things are getting better, faster, cheaper. You’d do well to embrace this fact with both arms and spend your excess budget on training and bonuses, rather than software and consultants.

You’ve all got your summer vacations coming up, and you should keep these facts in mind when you return: Software development tools are only getting cheaper, with their final goal being free. Enterprise software is only getting better. And your work is only going to get easier as time goes on.

Now, if you can just get your CIO to stop buying you things…