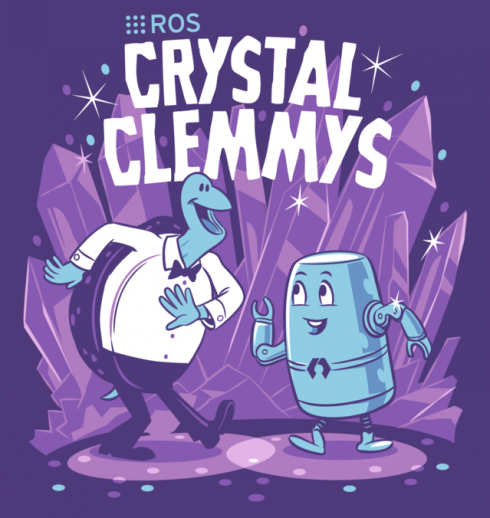 Open Robotics, previously known as the Open Source Robotics Foundation, is pouring its development efforts into rewriting the core of the Robot Operating System (ROS) 1.0 this year. ROS has been around since 2007, and while version 1.0 is already being used in a number of different applications and solutions, the robotics industry is changing and Open Robotics is determined to see that the technology changes with it.

Despite its name, ROS is not exactly an operating system. It is a collection of software libraries and tools used to develop robot applications. According to Brian Gerkey, CEO of Open Robotics, when the organization first started working on ROS, many of the robotics solutions already available were in the form of traditional robot arms used in factories or in such things as floor-cleaning robots for consumers.

“Since that time we’ve seen an explosion of products in other domains, especially mobile robots that do everything from transport goods, to provide facility security, to entertain. And of course we’ve seen the impossible to ignore trend of investment and advancement in autonomous vehicles,” he said.

The ongoing evolution of the robotics industry, and the need for more advanced solutions, is what led Open Robotics to rethink the core system.

“We made the decision to embark on ROS 2 as a rewrite of ROS 1 because of feedback that we had consistently received over the years from industries such as automotive and aerospace,” said Gerkey. “While ROS 1 is invaluable in R&D and prototyping activities, it can’t reasonably be taken through the QA process that is applied to products that include, for example, safety-critical systems. Based on that feedback we are designing and developing ROS 2 in such a way that it will be amenable to approval for use in such applications.”

“While ROS 1 is already used in products and services that are on the market today, we expect to see even broader adoption of ROS 2 because of the design decisions and development practices we are employing, based on feedback that we’ve received over the years,” Gerkey continued.

ROS 2 alpha releases started coming out in August of 2015. The first official code-named version, Ardent Apalone, was released in December of 2017. Since then, the organization released Bouncy Bolson in July, and the most recent release, Crystal Clemmys, was announced in December.

“The ROS 2 Crystal release from December 2018 already provides a lot of what many ROS 1 users need from ROS, including the navigation stack, which is a key feature for many mobile robotics applications,” saiod Gerkey.

In addition, work is still being done on ROS 1, with the latest ROS 1 distribution release, codenamed Melodic Morenia, being released in May of last year. It featured message-passing middleware, developer tools, planning and navigation for mobility and manipulation, and integration with other open-source projects for capabilities such as perception and machine learning, according to Gerkey.

“More features will be added to ROS 2 in subsequent releases and at some point in the medium term we expect that ROS 1 vs. ROS 2 will become a choice of personal preference and/or legacy constraints,” he said.

The next release of ROS 2, Dashing Diademata, is scheduled for May of this year. The release is expected to include improvements to intraprocess communication behavior, memory management, performance and reliability. More information is available here.