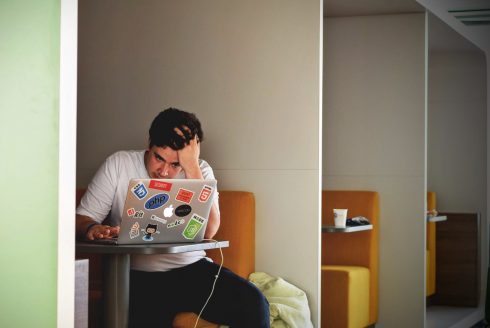 A group of software companies and developers are going after cloud infrastructure providers for what they claim is an abuse of the open-source software ecosystem. The group says cloud providers are using open-source software for their own commercial benefit without returning anything back to the open-source community, helping sustain those projects, or giving open source any credit at all. This is causing them to turn to a new license to protect their work and preserve monetary gain.

“I call it the big code robbery. Amazon and other cloud providers are taking successful open-source code and adopting it as their own cloud service. This is a complete abuse of the open-source concept,” said Ofer Bengal, co-founder and CEO of the software company Redis Labs, creator of the open-source project Redis. “If this continues, there will be no incentive for any developer or any startup to develop any meaningful open-source project because it will immediately be adopted by cloud providers and they will make the money off this.”

Bengal’s frustration stems from his company’s own open-source work. Redis is an open-source, in-memory data structure store that can be used as a database, cache and message broker under the BSD license. In addition, the company offers its own enterprise database offering based off the open-source technology, but because of its open-source success the company is finding it hard to monetize its own offering. This is because cloud providers like Amazon are abusing the open-source code by taking it, building their own database services off of it, and offering them as an integral part of their platform without contributing anything back to the open-source project, according to Bengal. Google Cloud’s website also shows it offers a CloudMemorystore for Redis as a service.

“So basically they are enjoying huge revenues for something they did not develop,” he said. “We, Redis Labs, only make a small fraction of those revenues with our offering, and this is not because their product is better in any way. This is just because the [open source] Redis service is way more accessible for users that go on the AWS console while our Redis service is buried in the marketplace. This scenario does not just apply to Redis. Almost any open-source project nowadays suffers from the same unfair competition.”

While Amazon by definition isn’t doing anything illegal or violating any of the terms of the ‘open-source agreement’ as stated by the Open Source Initiative, Bengal believes they are abusing their power and resources for monetary gain and destroying the entire essence of what it means to be open source.

“The issue of monetizing open-source projects by cloud providers without contributions back to the community has become a significant challenge for the open-source business model. While all cloud providers are guilty of this at some level, AWS leads the charge due to its market share but also because of its business practices,” said Manish Gupta, CMO of Redis Labs. “Accelerated ‘for-fee’ services introduced by cloud providers have increasingly relied on the work done by others without any significant payback for the community.”

SD Times reached out to Amazon for comment, but had not heard back at the time of writing.

Kevin Wang, founder and CEO of FOSSA, a contributor and promoter of the clause, explained the problem doesn’t lie only with cloud providers. In principle, the Commons Clause is meant to protect open-source projects from any bad actors who choose to use the project for their own gain, without giving back.

Redis gets heat from open-source community
Redis Labs tried to legally stop cloud providers from abusing its trademark, but found it difficult because of the legal resources and budgets these giant companies have.

So the company took another route and decided to change the licenses of certain open-source Redis add-ons with the Commons Clause. This change sparked huge controversy within the community with many stating that Redis was no longer open source.

“We were the first significant company to adopt this and announce it in such a way that we got most of the heat from the community on this one,” said Bengal.

The reason for the uproar is because the Commons Clause is meant to add “restrictions” that  limit or prevent the selling of open-source software to the Open Source Initiative’s approved open-source licenses.

“ … ‘Sell’ means practicing any or all of the rights granted to you under the License to provide to third parties, for a fee or other consideration (including without limitation fees for hosting or consulting/ support services related to the Software), a product or service whose value derives, entirely or substantially, from the functionality of the Software. Any license notice or attribution required by the License must also include this Commons Clause License Condition notice,” the Commons Clause website states.

According to the OSI, this directly violates item six of its open-source definition in which it states no discrimination against fields of endeavor. “The license must not restrict anyone from making use of the program in a specific field of endeavor. For example, it may not restrict the program from being used in a business, or from being used for genetic research,” the definition explains.

According to Vicky Brasseur, vice president of the OSI, by restricting users from making money off a project where it is applied, the Commons Clause cannot be by definition labeled as open source. “As the Open Source Definition is no longer applicable to those projects, they—quite literally by definition—are no longer open source. At best they can be called ‘source available,’” she wrote in an email to SD Times.

However, Bengal stated that “Redis is always and will always remain open source via the BSD license.” He believes this still promotes the idea of open source because it does not change users’ ability to use the product and still can be freely used within applications and sold as a combined product. Instead, what it does is prevents cloud providers from taking the add-on itself and monetizing it without contributing anything back to open source.

“It preys on a vulnerability open-source maintainers all suffer from, and one I can strongly relate to. It sucks to not be able to make money from your open-source work. It really sucks when companies are using your work to make money for themselves. If a solution presents itself, it’s tempting to jump at it. But the Commons Clause doesn’t present a solution for supporting open-source software. It presents a framework for turning open-source software into proprietary software,” DeVault wrote in a blog post.

Bengal agrees this could have been addressed by introducing a proprietary, non-open-source license. But after several open-source companies raised a need to address the unfair competition in the community, it was decided to add this clause as a way to provide a solid concept that could be applied to any underlying open-source project and protect it from being abused as a standalone product from cloud providers. He believes the community needs to recognize that the world has changed since the open-source concept was defined 20 years ago and that this concept doesn’t work in today’s reality.

“It is time to reexamine the ethos of open source,” Salil Deshpande, managing director at Bain Capital Ventures and investor in companies like Redis Labs, provided in an email to SD Times. “Our view is that open-source software was never intended for cloud infrastructure companies to take and run as a service, keep the profits, and give very little back. That is not the original ethos of open source. Commons Clause is reviving the original ethos of open source. Academics, hobbyists, or developers wishing to use a popular open-source project to power a component of their application can still do so. But if you want to take substantially the same software that someone else has built, and offer it as a service, for your own profit, that’s not in the spirit of the open-source community. As it turns out, Commons Clause makes the source code not technically open source. But that is something we must live with, to preserve the original ethos.”