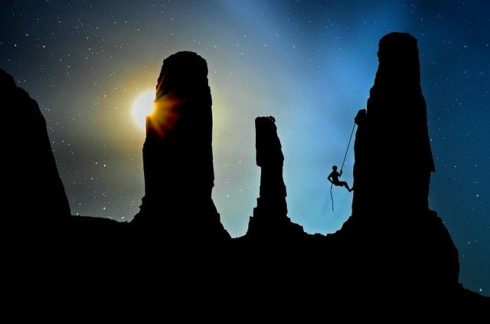 The story of Moore’s Law describes well how computing hardware has evolved and grown in performance over the life of modern computing and how in the current era the pace of that law has saturated.

The switch from single to multi-core CPUs has helped keep the curve from going completely flat, but what is creating a second wave of Moore’s Law are hardware accelerators that work with CPUs. In the past these were the preserve of the high-performance computing community, but since artificial intelligence (AI) transferred from research into real-world applications, the need for AI hardware accelerators has led to a huge increase in compute performance. Some of these chips are more versatile than others; for instance you can implement almost any algorithm on an FPGA, but there is a huge demand for repetitive multiply and accumulate (MAC) operations in AI, especially training and inferencing deep neural networks.

I expect to see more use of conversational AI in the enterprise and consumer spaces, and the roll- out of 5G promises greater use of ML in cloud, IoT, edge computing, and not least in autonomous driving.

Finally, there’s hardware for quantum computing. The first player with a commercial offering is D-Wave Systems, which solves a single function by quantum annealing techniques rather than running an algorithm. In the quest for a universal quantum computer the advances are steady albeit at a basic research level. Cur- rent state of the art requires designers to work with noisy qubits and use techniques like quan- tum error correction to support a single logical qubit with multiple physical qubits to keep the quantum states alive long enough to achieve useful computation.

A good benchmark for quantum computing is factoring large numbers. IBM and universities across the globe have been competing to factor the largest number. Shor’s algorithm for factoring sparked a new wave of interest in quantum computer programming, the record using Shor’s algorithm was the number 21 in 2012. The research community subsequently switched to minimization techniques for number factoring, and the record declared in January 2019 is by a team from Shanghai University of the number 1005973 on a D- Wave 2000Q, using 89 qubits. So not quantum supremacy but progress.

Google researchers published a paper in the October 2019 issue of Nature, claiming a 53- qubit quantum computer (Sycamore processor) broke quantum supremacy by sampling a random distribution space in a little over 3 min 20 sec, claiming a classical supercomputer would take 10,000 years to accomplish the task. IBM, which is working on a 50+ qubit quantum computer, has countered that the problem could be per- formed in 2.5 days or less on a classical super- computer, nevertheless 3 min 20 sec is still impressive.

These advances will no doubt continue, but the achievement of a quantum computer that can run any computer that can run any quantum algorithm is still at least a decade away in my least a decade away. opinion; physicists talk of needing a stable 10k logical qubit machine to be able to declare the quantum computer has arrived. The key players today are more concerned with achieving quantum supremacy as
there would then be a commercial opportunity with many industries, such as pharmacology, materials science, and more lining up to solve problems that no classical computer could compute in reasonable time. This business opportunity will be operational before the decade is up.

The educational effort to teach and simulate quantum computing offered by high-tech companies is welcome. IBM offers on its cloud access to a 5-qubit quantum computer that can run simple quantum operations that has yielded more than 72 academic papers working on it. AWS, Google, IBM, and Microsoft offer quantum simulators, languages and environments in which to practice simulated quantum computing skills. The next generation of quantum computer programmers are being trained now.