Foldable technology will force developers to think outside the box

Foldable technology is no longer a proof of concept. The first foldable devices are about to hit the market. 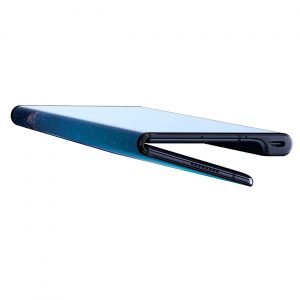 Huawei’s foldable device was first announced at Mobile World Congress in Barcelona this year, and the device is now entering the final testing phase. The company is expected to release the device this September. While no official release date has been announced, Samsung is gearing up for the release of the Galaxy Fold. Other rumors of foldable devices are coming from Xiaomi, Motorola and LG. Google is also preparing for a foldable future with support for foldable devices and folding patterns in its upcoming release of Android Q.

With top leading device manufacturers looking to make the switch to foldable technology, this is one trend developers won’t be able to ignore — at least not for long, according to Eran Kinsbruner, chief evangelist for the web and mobile app testing solution provider Perfecto.

“This is definitely something to look out for, and it is going to be a reality. You will see this hybrid of smartphones and tablets becoming the new innovative mobile phone for the future,” said Kinsbruner.“If it was just a minor vendor starting to run with this technology, it might not have been that critical, but when you see almost all the Android device manufacturers joining this trend and developing for this, it is just a matter of time before it reaches mainstream. It won’t be too long until Apple joins.”

Part of the benefits of moving to a foldable future is the ability to provide a better user experience, according to Kinsbruner. For instance, up until now a user would have to switch between apps on a very small screen. With a foldable device, they can unfold their phone to get 8 plus inches of screen, have more workspace and work with apps at the same time, Kinsbruner explained.

However, this new user experience will be a challenge for developers. Since the space is still very new, developers are now tasked with experimenting and creating new solutions for these foldable devices. The manufacturers themselves have had their own struggles in just creating the devices. 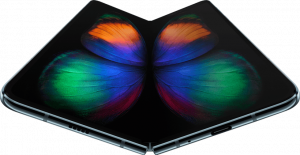 Earlier this year, Samsung delayed the release of its Galaxy Fold smartphone just days before its launch. The phone was anticipated to be re-released this month, but new reports reveal the device is still not ready. Samsung’s mobile chief, DJ Koh, has stated “It was embarrassing. I pushed it through before it was ready. I do admit I missed something on the foldable phone, but we are in the process of recovery.”

Dave McAllister, community manager and evangelist for log monitoring tool provider Scalyr, explained that the benefits of foldable technology may not be right for the mobile space. The driving force behind foldable technology is having a competitive advantage. Device manufacturers want to offer something new that hasn’t been done before. The problem, though, is that while users want to see innovation, they also want things to be simple, he explained.

“Imagine someone who is used to their apps and functions on their phone being in a certain location and a certain place. All of a sudden all of that moves and they have to now figure out and remember where everything is depending on if the phone is folded or not. It is a challenge to meet the accessibility standards,” said McAllister. “As a developer, we are going to have to think about how we view software development differently in a malleable environment. I do believe the time has come and there is an interesting place for this technology, I just don’t think phones are the right place to start.”

Rob Enderle, principal analyst at the Enderle Group, does see the potential for having this technology in a smartphone, but he thinks some firms are going about it the wrong way. “Instead of a large phone morphing into a tablet, they should be focused on a small phone morphing into a large one. The historical large markets that sustained were foldable phones (StarTac) and smartphones. Tablets didn’t hold so they should pick the two popular configurations, not try to turn the smartphone into something (a small tablet) that people don’t seem that excited about now,” Enderle wrote in an email to SD Times.

As manufacturers still try to bring these devices to market, developers now have to think about how their applications will work not only on the device, but in tandem with other applications. In this new device display, one application can be running at the same time as another one and both of those applications could be utilizing the same phone sensors. From a resource planning perspective, developers need to reconsider how its applications use specific sensors and what it will mean to the experience if it is competing with another app for those resources, according to Perfecto’s Kinsbruner.

“The foldable smartphones are not really coming with an extremely significant change to the hardware from a memory and storage consumption,” he said. “The change comes from the mobile application development perspective, having to balance multiple apps running in parallel and in the foreground, consuming network, battery and other resources from the device. This is something that might require a heavy lift from the app developers to optimize the application.”

Additionally, the mobile space and operating systems are already very fragmented, so developers will have to worry about not only creating new foldable versions of their applications, but getting it to work across different generations of operating systems, Eran added.

Foldable technology is in the early phases and there are only a small set of resources available to developers to experiment and learn about the devices. Samsung provides an app emulator for Android devices and Android Studio that can mimic the fold and unfold activity. Google also provides a foldable emulator in its Android Studio and provides documentation on getting started for building apps for foldables. Some of the areas it goes through include making apps resizable, new screen ratios and dealing with multiple windows.

“When folded, foldables look like phones, fitting in your pocket or purse. When unfolded, their defining feature is what we call screen continuity. For example, start a video with the folded smaller screen – and later you can sit down and unfold the device to get a larger tablet-sized screen for a beautiful, immersive experience. As you unfold, the app seamlessly transfers to the bigger screen without missing a beat,” Stephanie Cuthbertson, director of product management, wrote in a blog post.

In addition to emulators, Kinsbruner highly recommends getting early access to real devices so developers can start playing around with the technology, and see how it looks and works with their apps in foldable and unfoldable modes as well as how it works with other operating systems and in parallel with other apps.

“Developers will need to train themselves and start exploring with minimal knowledge out there so they are ready and prepared for the time these devices come to the market,” Kinsbruner said.

Another thing to consider will be how to include testing the device into existing schedules and pipelines. “This is going to be a disruption for developers in how they incorporate the support for this new platform and app while not risking other commitments and ongoing roadmaps for other features,” said Kinsbruner.

As time passes, Kinsbruner hopes to see the field open up and more tools become available for developers. He says, however, “it will take time because these devices take significant research and development to really simulate every action.”