Get happy developers to do what you want 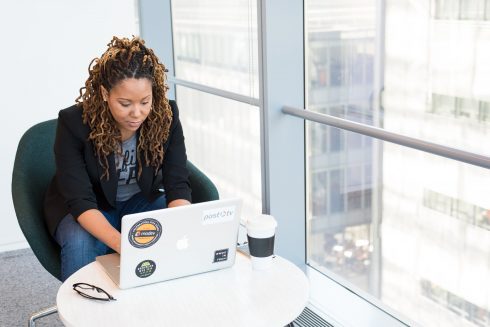 How do we influence the operation of a complex dynamical system like a team? How do we get a development team to function closer to our preferences, and still let people operate as self-determinate humans?

In Dynamics in Action, author Alicia Juarrero describes complex systems such as people in terms of the constraints they operate within. Constraints make things interesting, and constraints allow for emergence.

If coffee is free and juice costs money, people will drink more coffee. If the stairs are pretty and easy to access, people will take them more often than the elevator.

These are all ambient (context-free) constraints. They don’t restrain the team from taking the elevator, but they do change the probability of whether each person, on each occasion, will do so.

As a software organization — maybe as an architect, or technical lead, or SRE, or infrastructure team — how do you get developers to code in a certain way? To be consistent with the rest of the organization, to follow your preferred practices? Getting developers to do anything is supposed to be like herding cats.

Change the cost, change the behavior.

Development is a creative undertaking. Restraints don’t sit well. But if you make something easier for me, that’s a constraint I can live with. It will change my probabilities.

I do this for myself: a script to make submitting a single change as a PR into one step, and now I less frequently lump that function rename in with other unrelated changes.

My team expects me to look at every change coming in to the repositories we work on together, in many time zones. That seemed onerous, until I made my “git fetch and move my default branch pointer” script also open a GitHub compare window. Now this feels normal, and I wouldn’t work without this routine.

When we work in computers, a new automation changes our constraints, and this changes the probabilities of our various behaviors.

I can affect other people in my organization: I want people to improve the descriptions in our GraphQL schema, so I made an automation that deploys the schema when they push a button in Slack. I made the button appear whenever someone changes to the schema in GitHub. They use this all the time.

When my coworker wants the dependencies alphabetized: sorry, I don’t care enough. He can add an autofix — a TypeScript function in our software delivery machine — to do that.

I can change the incentive landscape by making the way I want people make software, the easy way to make software. Sometimes by giving them a button, other times having a robot come behind and clean up every push with an autofix. The autofix has the added benefit of keeping the change I want in the system, which is often harder than making the change.

Contrast this with code metrics as an incentive: metrics distract from our collective goal of making this particular software great. They draw our attention to numbers, instead of customers. Metrics are great for information, but as soon as they’re used to alter the incentive landscape, they distort it in unintended ways.

Whether for yourself or the other developers in your organization, consider automation a tool to constrain (influence) the way developers work, without curtailing freedom. Increase developer happiness and consistency at the same time!

Jessica Kerr is a developer of development systems working as Lead Engineer for Atomist where she writes automations and automation infrastructure in TypeScript, Clojure, and whatever else is needed. She is a back-end developer who believes the front-end is most crucial. Jessica speaks at conferences in the US and Europe; find her online as @jessitron

View all posts by Jessica Kerr