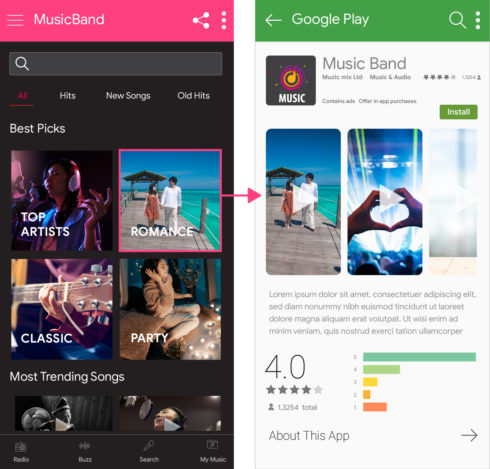 The Google Play app safety team released a set of tips and guides in an effort to detail the boundaries of app content and functionalities allowed on the platform, as well as provide the latest guidance on how developers can promote and monetize apps.

According to the team, one of the common mistakes is apps that have buttons and menus that link out to the Play Store, whether that’s to apps by the same developer, or other apps that may be affiliated with the developer and not stipulating that these are ads or promotional links.

One of the ways to avoid such mistakes is by explicitly calling these out by labeling the buttons and links as ‘More Apps’, ‘More Games’, ‘Explore’, ‘Check out our other apps’ to avoid getting flagged as deceptive/disguised ads, Android  explained.

Other mistakes include writing spammy app descriptions in which developers stuff keywords into the app description in hopes of better discoverability and ranking against certain keywords and phrases.

“Writing a clear app description intended and optimized for user’s readability and understanding is one of the best ways to avoid this violation,” Andrew Ahn, product manager on Google Play’s app safety team, wrote in a post.

When it comes to apps that have been abandoned, broken, or not maintained on the App Store and provide buggy user experiences, the team recommends taking them down to mitigate the negative impact to the developer reputation and app enforcement. The unpublish action won’t affect existing users who already installed the app, and developers can always choose to re-publish them after addressing the broken experiences, the team explained.

Last but not least, app submissions that are just webviews of existing websites designed to drive traffic to the site are considered webview spam and are removed from Play, the team explained.

The latest Google Play policies are updated and described in detail here.