How software developers will write the future of energy through blockchain 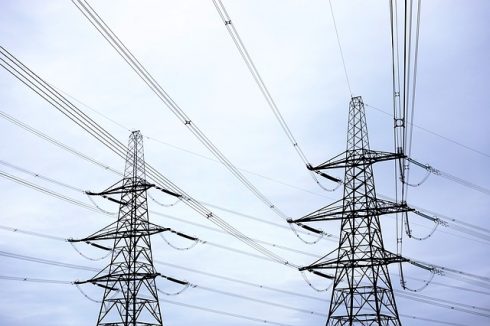 It was 75 years ago this month that construction began on ENIAC, the world’s first digital, programmable, Turing-complete computer. Funded by the U.S. Army and housed at the University of Pennsylvania, its advent unlocked a new technological era for the world.

We may now be on the precipice of yet another transformative moment, this time with blockchain. If the hype is to be believed—or better, if we can cut through the hype to confidently uncover the technology’s core promise amidst the broader mania—blockchain could usher in a new decentralized digital era. And in no industry might blockchain be more disruptive than in the energy sector.

Last month, Euromoney heralded how the “energy market might beat banking onto blockchain.” One day earlier, MIT Technology Review listed the energy sector first among five industries blockchains could revolutionize. And EY, in a recent article, made its case for “why the energy sector must embrace blockchain now.”

The legacy systems that were used to manage a “simpler” grid defined by large power plants and centralized transmission will become increasingly inadequate. The rise of renewable energy—coupled with the proliferation of customer-sited technologies such as smart thermostats, electric vehicles, battery energy storage, rooftop solar, and more (i.e., distributed energy resources)—demand a new digital infrastructure. Relative to alternatives such as centralized IoT computing, blockchain’s qualities (e.g., decentralized, secure, immutable) make it particularly well suited to the needs of the fast-evolving electricity grid.

But not just any blockchain will do. The electricity grid is heavily regulated, fragmented across myriad physical and jurisdictional markets, has strict operational requirements for keeping the system up and running, and has challenging needs for the kind of near-real-time throughput required to manage billions of smart devices and transactions.

That’s where the work of the Energy Web Foundation (EWF) and its Affiliates comes in. EWF is building a new blockchain-based digital DNA tailored specifically for the energy sector. More than 50 Affiliates have joined EWF in this effort; they span the globe and range from some of the world’s largest utilities and energy companies to some of today’s most-innovative energy blockchain startups. The goal is to build and scale the underlying digital infrastructure on which others—utilities, energy companies, renewable energy developers, corporations, residential customers—can build and run applications.

For one example, the open-source EW blockchain features a unique version of governance and Proof of Authority consensus that allows for a) faster block times, b) leaner energy consumption, and importantly, c) a cohort of permissioned, known validators that provide the kind of transparency regulators will demand. Meanwhile, features such as a private transactions allow sensitive information to remain confidential on the chain while still providing needed verifiability to special parties like regulators. More than 30 companies are actively building and testing apps on Tobalaba, EWF’s test network.

Naturally, software and application developers have a central role to play in this unfolding story. In fact, that role is potentially so important that in April EWF launched EW Connect, a curated, online community for the energy blockchain ecosystem. Equal parts marketplace, collaboration platform, and center of excellence, Connect brings together EWF Affiliate energy companies with a pre-qualified network of blockchain software development vendors.

Many energy-sector incumbents generally understand the relevance of blockchain for their business and have a desire to dive deeper into the technology and even explore use cases and app development, but often lack the internal expertise and/or resource capacity. They essentially need blockchain-savvy developers for hire. For example, earlier this year Elia, Belgium’s transmission system operator, issued an RFI seeking blockchain expertise to help build a new demand response program.

That’s why earlier this year, in partnership with Parity Technologies, EWF announced it was rolling out WebAssembly (Wasm) for the EW chain. Essentially overnight, this made writing smart contracts for the EW chain accessible to any coder versed in C, C++, Rust, and other common coding languages. This promises to unleash the full force of the global software development community on the challenges and opportunities of blockchain for the energy sector. It alleviates a critical bottleneck and hopefully opens the floodgates of innovation.

The story of the electricity grid’s evolution is an ensemble cast. There is no single lead actor or actress. Each corner of the ecosystem plays its part. But undoubtedly, software and application developers are arguably more central to the story than ever before. Through their expertise, we can write the future of energy—encoded line by line, smart contract by smart contract, block by block. 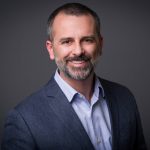 View all posts by Peter Bronski