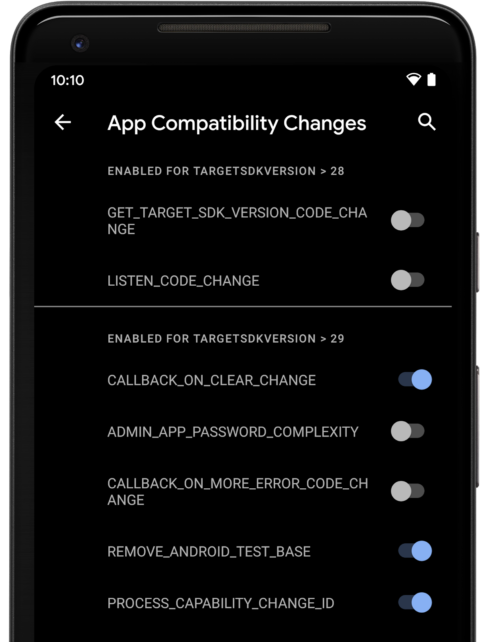 This release achieves the Platform Stability milestone, which means that Android 11’s APIs and behaviors are finalized.

From Beta 2, developers can release compatibility updates with confidence that the platform won’t change, according to Android.

Developers can enroll to get Android 11 Beta updates over-the-air for Pixel 2, 3, 3a, and 4 devices.

Instana rolls out granular role-based access control (RBAC)
RBAC keeps users focused on the areas of productivity that they’re responsible for, according to the company.

With Context Guide, users can also get  the complete upstream and downstream stack of the specific service, application, or infrastructure being viewed. This ensures that users always have the full context they need to make appropriately informed decisions, Instana explained

“With the number of developers, operators, and teams constantly growing, it’s even more essential to deliver the right insights to the right person at the right time so they can make the best possible decision at any given moment,” Instana wrote in a blog post.

Warning notifications have been redesigned and support has been added for errors so that all console.warn and console.log messages show up as notifications instead of covering the whole app.

Also, all component stacks are now stripped from error messages and put into their own section with the top three frames visible.

Both will work just like all other quality tools, with on-the-fly file highlighting and the ability to batch-run inspections. They can also be run via remote interpreters such as Docker, WSL, and others.

The plugins are most likely to be bundled with PhpStorm 2020.3 and enabled by default. This means it will be possible to try the support around September when the Early Access Program for 2020.3 starts, according to PhpStorm.

Flutter Linux Alpha
The Ubuntu team has produced a new GTK+ based host for Flutter apps on all Linux distros.

“For more than a year we’ve been expanding our focus to include desktop-class experiences, both for the web and for the desktop operating systems: macOS, Windows, and Linux,” Flutter wrote in a blog post.

The Flutter SDK for Linux is available as a snap in the Snap Store. Once the Flutter SDK is installed on a Linux machine, to build a desktop app users will need to upgrade to the Flutter dev or master channel and enable Linux desktop support.