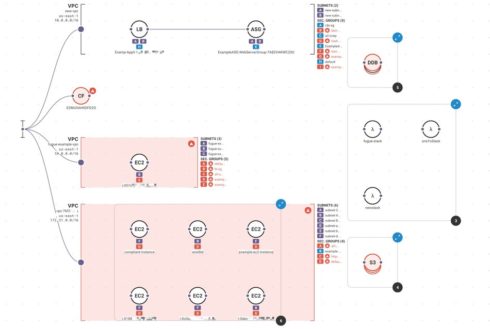 “The cloud upended traditional IT security, forcing hard tradeoffs between agility and security,” said Phillip Merrick, CEO of Fugue. “Fugue Developer puts cloud security in the hands of the software developers building and maintaining cloud-based systems so they can free themselves of these frustrations once and for all.”

The release of this AI-assisted capability provides developers with the processes for defining logic flows and inline suggestions for the next step.

“By leveraging state-of-the-art AI and machine learning research done in-house and in collaboration with top research institutions, we succeeded in creating an artificial expert that allows them to be more productive and effective,” said António Alegria, OutSystems head of artificial intelligence.

Mozilla doubled all web payouts for critical, core and other Mozilla sites as per the Web and Services Bug Bounty Program page. In addition, it tripled payouts to $15,000 for Remote Code Execution payouts on critical sites.

“Having all of this data in one place will help improve the quality of any software project. Sentry adds data on users’ experience once the software is deployed in production, so any errors are reported and developers are able to pinpoint and resolve issues,” said Marc Verstaen, co-founder and CEO of Anaxi.

Information aggregated by the Anaxi app includes software code, along with the history of its development, from GitHub and Bitbucket, project management and its history maintained in Jira and GitHub, and error reporting that comes from Sentry.

“Ionic 4 allows developers to build Progressive Web Apps in a way that is future-proof, fast and framework-agnostic. Bringing Ionic 4 to Appery.io gives users the flexibility and intuitive design they need to craft modern applications,” said Igor Landes, CTO of Exadel. “Additional features added this month support agile and effortless development, making this version of Appery.io the best yet.”

Other upgrades to Appery.io include event support, mapping, storage support and simplified coding.