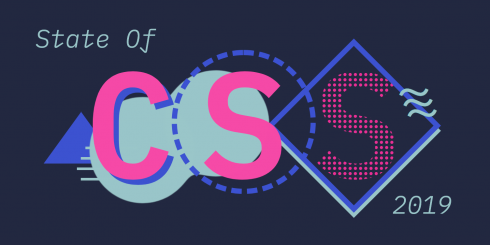 A new survey has been released looking at the state of CSS in 2019. “While JavaScript isn’t going anywhere, it also seems certain that CSS is not going to be replaced anytime soon. And the more powerful CSS becomes, the more valuable mastering it will be,” the report stated.

The report looked at CSS features, units and selectors, environments, technologies and tools.

A key finding of the report revealed while the BEM methodology is the most popular with over half of the respondents saying they use it, Atomic CSS has a great deal of interest although it’s currently used by about 20 percent of the respondents.

@font-face, a custom font with which to display text, has immense popularity. About 95 percent of the respondents saying they use it.

The survey included input from over 10,000 developers, and was conducted by Sacha Greif who created Vulcan.js, and Raphaël Benitte, who created the React data visualization library nivo.

“The story of CSS over the past couple years is one of tremendous flexibility and adaptability,” Greif wrote. “With features like Grid, we finally have the tools needed to specify complex layouts without requiring hacks and workarounds; while blend modes, masks, and shapes (among others) let us implement designs that are richer and more creative than ever.”

All the details of the survey can be viewed at the State of CSS 2019 website here.

AI Habitat consists of a stack of three modular layers that can be separated to work with different kinds of agents, training techniques evaluation protocols and environments, according to Facebook.

The first layer is Habitat-Sim, which includes built-in support for existing 3D environment data sets. The second is Habitat-API, a high-level library for defining tasks such as visual navigation and question answering. The third is the embodied task that systems are being asked to learn through simulation.

“With AI Habitat, we wanted to retain the simulation-related benefits that past projects demonstrated, such as speeding experimentations and RL-based training, and apply them to a more widely compatible and increasingly realistic platform,” the company wrote in a post.

The company says the installer will pull the stable versions of the necessary JDK, Visual Studio Code and essential Java extensions from trusted online sources and install them on the user’s system.

The installer is available for Windows and a macOS version is in the works.

The tool will enable blockchain developers to test and validate the use of decentralized identity in an application scenario without writing extensive code, according to the company.

DApps workshop can be used for scenarios such as: