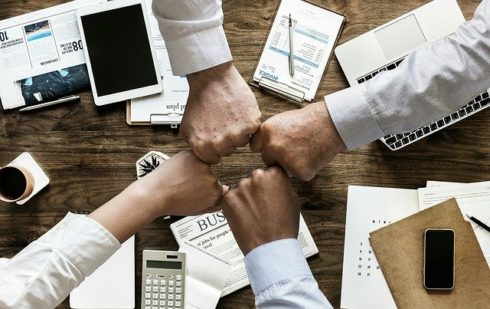 When organizations discuss digital transformation, they’ll often rank processes, tools and culture — in that order — as keys to success. Yet it’s the people part that’s the toughest to pull off.

One of the newer industry initiatives underway now is the idea of BizOps, which has been defined by a coalition of software providers and academics as the step after DevOps that truly ties IT to the goals of the business.

To make it work, the key is to get your teams engaged and enthused about the work. But in today’s work from home reality, engagement and enthusiasm are hard to see.

Serge Lucio, general manager of the Enterprise Software Division at Broadcom, thinks of engagement in two dimensions. One is context. And the second is, do people trust and have confidence that they can deliver? “What people tend to forget is, what is the cause and effect between what I do as an individual and that thing that we’re all striving towards?” Lucio said. “And when you push to production 300 times a day, you can be sure that pretty much every developer contribution is almost [automatically] pushed to production. So if I screw up, I have immediate feedback. If my deliverable did not affect anything, or maybe improves the metrics, I can see it. So one of the key things that was really enlightening to me in these early days was you can start to do that.”

For example, operators have a set of KPIs around uptime that they’re monitoring all the time, but they might not be clear on which alerts really matter to the business, so they don’t have the context to make a more informed decision. “When we talk about data-driven decision making, we can start to teach them to stitch information from a business initiative, which is tied to dollars, to what we’re measuring from the user experience point of view,” he said.

Engaging internally with co-workers and managers, though, is just part of the story. Some developers or architects might only care about creating that “beautiful” piece of software, and what they care about is their relationships with the team. What moves things into the realm of BizOps is engaging with end users, to close the feedback loop and ensure the work you’re doing meets the needs of both company and customer.

At Broadcom, Lucio said, “There’s no single release we’re doing today where we don’t have what we call a design sponsor, an actual customer, coming to the planning cycles, and that basically shares with our teams when they expect those new capabilities or features or whatever we’re building to impact their lives. And so you get that kind of personal kind of relationship, where it suddenly becomes about that person and making that person successful.”

A technique that falls under the BizOps umbrella is value stream management, which is getting traction in the industry because it helps people understand how they relate to the work and the product. This, he said, “can start to shift the conversation from individual metrics to metrics like cycle time and change rates. It’s ‘Do I feel like I’m relevant in what I’m doing, and do I understand the ecosystem I play in?’ And they feel like their work is valued by their peers, by the people that matter.”

Another important aspect of keeping developers engaged and working toward a common goal is empathy for your colleagues and end users. “We’ve trained business analysts to actually interact with the end users, and we’ve created degrees of separation, where the build group oftentimes is not even exposed to that end user,” Lucio explained.

But over the last decade or so, the emergence of design thinking and later value stream practices has helped to get the end users back in front of the developers. “I think empathy is actually the biggest challenge that we need to overcome… but I don’t think many CIOs would recognize that as their biggest problem.”