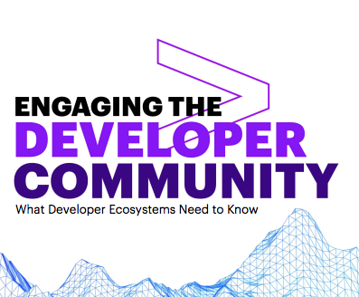 Developers rely on software platforms to deliver high-quality software, but find platform providers aren’t doing a good enough job in helping them do so. Accenture’s 2018 Developer Ecosystem Survey found a majority of developers believe there are gaps in a provider’s ability to meet their needs.

“While the industry is aware of the critical importance of a healthy developer ecosystem, it needs to do a better job to engage, inspire, educate and support developers,” said Robin Murdoch, a managing director in Accenture’s Communications, Media & Technology group who leads its software and platform business. “This survey highlights some of the opportunities for companies to differentiate their platforms and better address developers’ needs.”

According to the report, developers look for five key things in a platform provider: education, accurate content, effective support, market relevance, and differentiation.

Nine out of 10 developers find technically accurate and up-to-date content the most important element in a developer ecosystem, but only 24 percent of respondents found providers are good at providing that content. “With developers screaming for accurate and up-to-date content, this is an area where ecosystems need to invest. That’s not an easy feat – as soon as documentation goes up it becomes obsolete – but having a developer feedback loop in place can help considerably in keeping content vibrant,” the report stated.

Following accurate content is a provider’s ability to deliver timely knowledge and capable support, but only 23 percent find providers are providing that support. “Improving support begins with knowing one’s developer audience, understanding the inherent nuances and tailoring support accordingly. Companies should consider customizing the range of support channels to specific segments, ensuring that service level agreements (SLAs) are published and met, focusing on near real-time support for critical developer activities and being authentic, open and honest when issues arise,” according to the report.

Lastly, about half of the respondents found all developer ecosystems were the same when it came to usefulness, and 70 percent want to see a platform that truly differentiated from other ecosystems.

“As the industry becomes more congested, barriers to entry continue to lower and developers can more easily move across platforms, there’s little room for companies to assume the strength of their technology alone will attract and retain developers. Those responsible for developer ecosystems need to understand what developers think of their ecosystem, determine where their ecosystem capabilities stand relative to peers and define actions that will help them move their ecosystems toward differentiation and best-in-class,” the report stated.