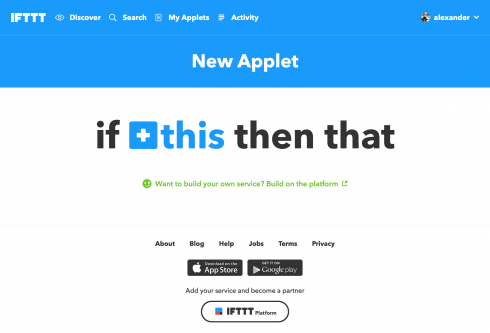 If you’ve been in the software development industry for some time, you may have heard of the term applets — or more specifically, Java applets. Java applets first came into existence in 1995 after the first release of the Java programming language. They were designed as a small application written in Java, and compiled and delivered as Java bytecode.

As time went on, Java applets sort of followed the same path as the browser plug-in Adobe Flash. While Java applets are small applications, they require plugins in order to run. For the past couple of years, developers have been moving away from using Adobe Flash in favor of more modern technologies like HTML5. Similarly, developers have been moving away from the use Java applets in favor of plugin-free Java Web Start technology. Oracle announced in January 2016 plans to deprecate the Java browser plugin in JDK 9, and just last month announced plans to stop supporting applets in Java SE 8.

However, the term applets is being reborn in the form a new service. IFTTT, also known as If This Then That, is bringing new meaning to the term. “Our applets are definitely breaking away from the old Java applets. Most people you talk with today have never heard of Java applets,” said Linden Tibbets, CEO of IFTTT. “We think of applets as a way in which one service can gain access to endpoints on another service to create some type of value.”

IFTTT is a free platform designed to help users and developers to do more with their apps and devices. “We at IFTTT believe ultimately everything in our world is going to become a digital service,” said Tibbets. “There are all these things around us both purely digital and physical that connect to the Internet. Each one of them has information about who people are and how they use those products and services.”

“What IFTTT really proposes to solve is for any of those services that are looking to build out some type of ecosystem or set of inspiration that allows access to other services to understand customers better and do more things for customers. IFTTT wants to be that solution,” Tibbets added.

IFTTT aims to have applets bring that value proposition to developers. According to the company, you can think of applets as mini-automations, or mini app services. “These are simple connections between services,” Tibbets explained. “An applet, for example, can turn on your porch light when your pizza is about to be delivered, or send you a notification when your car goes outside the city you live in.”

Applets are built around APIs. If the APIs that developers want to build around are already available on the IFTTT platform, then they can easily build an applet without writing any code. If a developer wants to include new APIs, they have to build out some back-end services and connect those to the IFTTT platform protocol, Tibbets explained.

The company used to refer to these services as recipes. “Applets can do everything that Recipes could — and much more. They bring your services together, creating new experiences that you can unlock with a single switch. A house that welcomes you, an efficient workplace, an easier way to stay informed — there are thousands of experiences to choose from, or you can create your own,” the company wrote in a post.

The reason for the change was that Recipes gave off the notion that someone had to make it themselves, and the company wanted the service to be something more approachable and inline with what it envisioned IFTTT being about.

“We felt [applets] was a safe word and really represented the first step in our journey in being able to create value for the end user,” said Tibbets. “We really envision applets to be full-on integration where services can work together. IFTTT is becoming a rich environment that enables developers and users to make connections without having to spend all the time building out a bespoke connection to each individual API or developer platform that might offer something interesting as a product or service.”

Going forward, the company plans to move away from what traditionally has looked like automation and move more towards access. “IFTTT is about granting access between services beyond just these cool automations that applets are known for today.”

Applets, developers, If This Then That, IFTTT, Java Applets