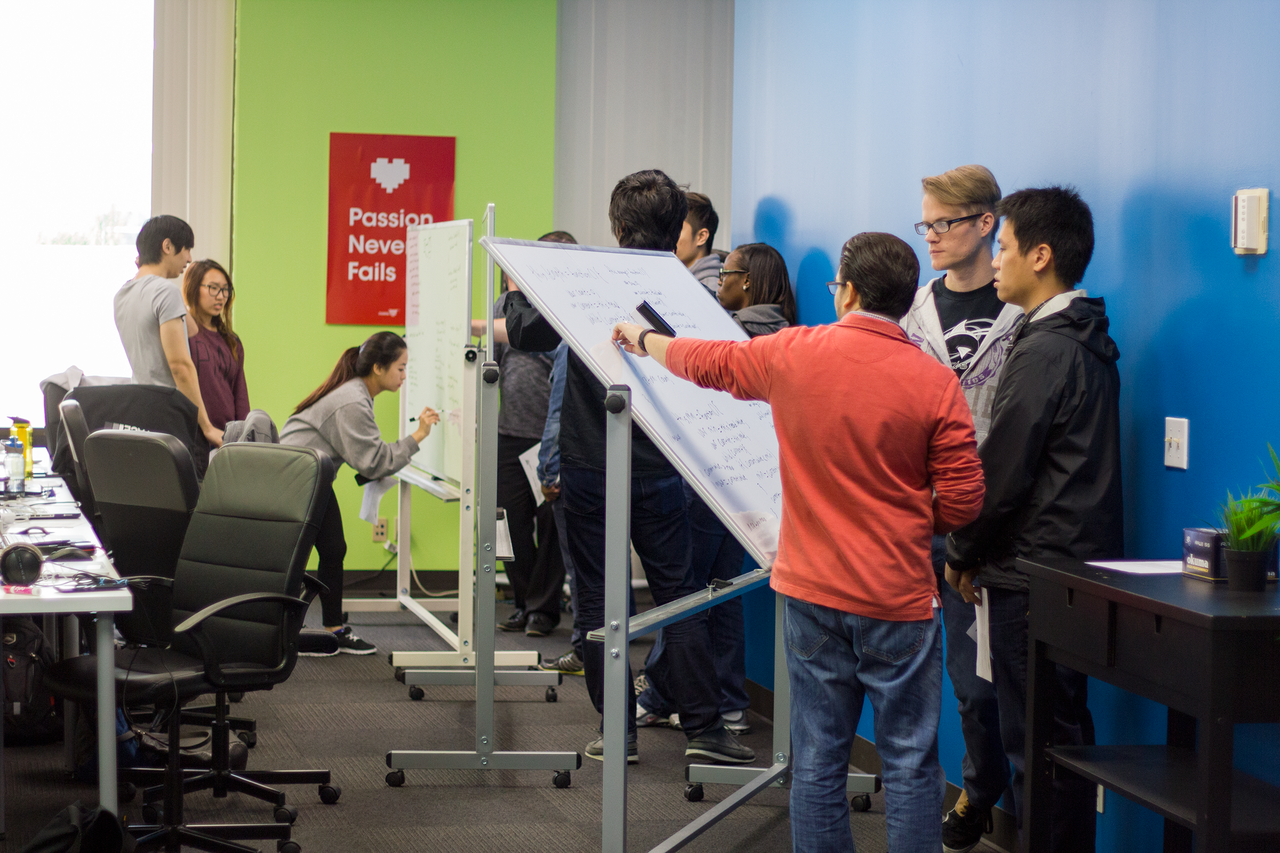 Middle-class Americans who want to change their careers and enter the IT or software development field may be receptive to Coding Dojo’s message of “anyone can learn to code.” According to analysis of recent graduates, 34.7% had no coding experience before the boot camp.

According to Kevin Saito, vice president of product marketing for Coding Dojo, a typical student is someone with a bachelor’s degree, sometimes underemployed in service-sector jobs like a car salesman, telemarketer, or sales associate. Some other students come from a liberal arts background, and most have less than 50 hours of programming experience, he said.

(Related: Coding boot camps are growing around the country)

When screening its applicants, Coding Dojo said it tries a different approach than other boot camps. Saito said that Coding Dojo focuses on general questions to get a sense of the student’s ability to work hard, study long hours, be a team player, and work collaboratively. Generally, they need to be passionate about learning to code and want to change their current career path.

Saito said that a big problem is academia and how it fails to encourage people to program. He said with most institutions, the courses only attract the “smartest” students, or those that are already prepared to enter a rigorous computer science or programming course. The problem, however, is that leaves out the other 90% of students who might have been interested in pursuing these courses.

And as the result of the technology industry continuing to change, more individuals with different backgrounds will be drawn to these nontraditional methods of learning how to code, especially boot camps.

According to the findings, 77% of Coding Dojo graduates get a technology related job within 90 days of graduation, and they have an average starting salary of US$72,221. Some graduates go on to work at top companies like Amazon, Expedia, and Microsoft.

“I really do believe that tech is the next revolution in terms of the next industrial revolution which is going to be cloud computing, AR/VR, all of these thing are going to be the next wave that helps America distinguish itself as a knowledge society,” said Saito. “I think it would be great if all the institutions in the country started to help facilitate that.”