New York’s plan to ramp up cybersecurity fit in with the overall tone of last night’s Pepcom Digital Experience event, held at the Metropolitan Pavilion in the city, proving that businesses are innovating on all security fronts. Whether it’s a device to protect hackers from getting into your devices, or it’s software to safeguard your private information, these gadgets and software all had one thing in common: keep customers’ connected technology safe and secure.

One of these devices comes from BullGuard, a cybersecurity company that recently launched Dojo, what the company calls a “comprehensive smart home cybersecurity solution.” There are tons of devices for the smart home out there on the market today (baby monitors, thermostats, house surveillance, etc). Dojo focuses specifically on these home devices, and it’s built to protect them by using a multi-layered security software that handles cybersecurity threats.

The hardware is a sleek “pebble” that you can set up around the house, while the dock itself stays plugged into your home’s Wi-Fi router. The pebble will light up with different rings when it suspects malicious activity on the network. For instance, yellow rings mean a risk has been detected and automatically migrated, whereas a red ring indicates action must be taken in the Dojo smartphone app, which is available on both iOS and Android. 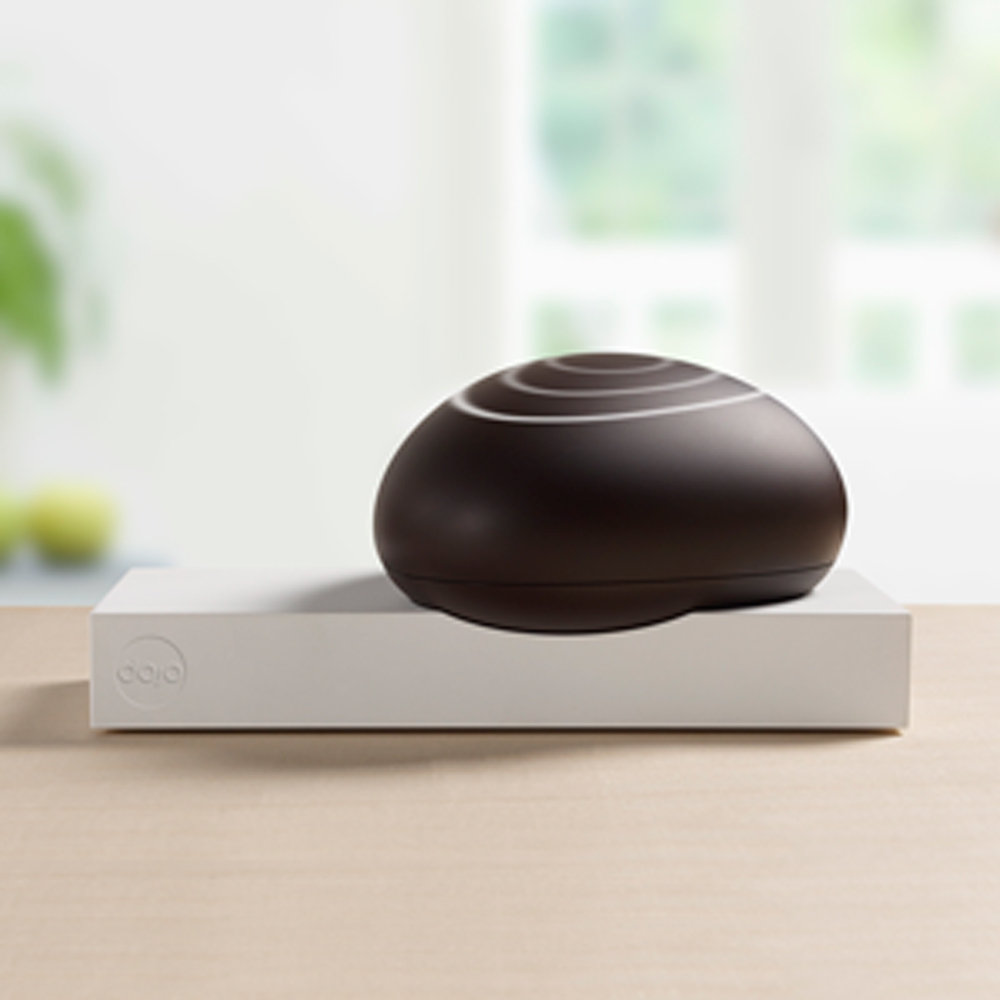 According to the BullGuard representatives at the event, Dojo is able to protect these home devices from major privacy breaches, especially ones we’ve seen in the recent months like WannaCry, Mirai, and DDOS attacks.

Also displaying its solution for the frontlines of IoT and home security was CUJO Smart Firewall, a tool that protects connected homes and replaces the traditional antivirus solutions that typically can’t protect a smart home from hackers. According to the company, CUJO notifies and blocks potential threats families may stumble upon while browsing unsafe sites. It protects devices and the home from attempts to access data, privacy, finances, and with its new feature, CUJO lets parents monitor and control when, what and how much children are accessing on the Internet.

Monitoring children on the Internet and their digital distractions is at the core of another company, unGlue. unGlue is a digital and time management platform for parents, kids and adults, with new Android support in addition to its iOS offering launched a few months ago.

unGlue doesn’t just restrict children from using the Internet, though. Instead of the standard “ON/OFF” switch that other products use for Internet management, unGlue understands that screen time is a part of kids lives today. Instead of restricting, it comes with features like entertainment time limits, time-bank, chores-for-(screen)-time, advanced monitoring, and more.