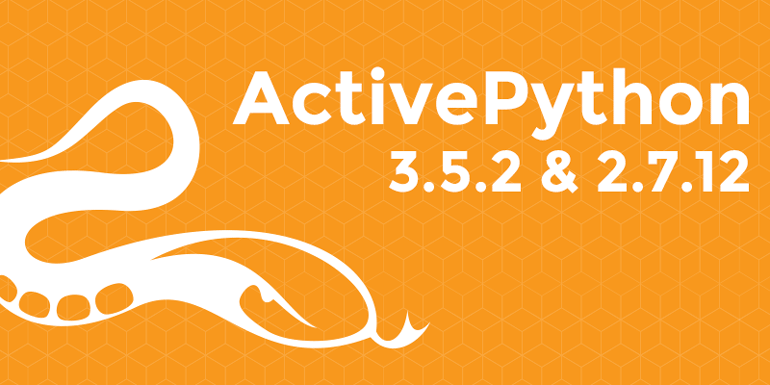 ActiveState is expanding its support for test-driven development (TDD) in its latest release of ActivePython. The company announced ActivePython 2.7.12 and ActivePython 3.5.2.

According to the company, TDD provides lower maintenance costs and enables faster development. ActivePython now features testing packages Pyflakes in order to look for well-known errors in Python programs; unit testing framework pytest; and Coverage.py for insight on how much code is covered by unit tests.

“Python is one of the most popular programming languages in the development community today,” said Tom Radcliffe, director of engineering at ActiveState. “With this latest release of ActivePython, ActiveState is committed to creating a stable, high-quality and technologically advanced distribution of Python for developers to use. In our recent Open Source Survey, almost half of developers responded that they used test-driven development as their primary development process. We’ve made a concerted effort to ensure that the most popular and effective Python testing packages were a part of the new release so that developers can fully take advantage of Python’s vast testing capabilities.”

The release also includes popular Python packages such as virtualenv, Requests, Six, simplejson, dateutil, and MarkupSafe. “All of these have the ActiveState stamp of approval on them: good licenses, good code, useful, and ready to use in your project without needing a package manager,” wrote ActiveState director of product management Jeff Rouse in a blog post. “Look for a big increase in the number of packages to be added to ActivePython this year, as we expand our distribution to provide the best tools that Python developers rely on to get their jobs done.”

In addition, the latest release features access to ActiveState’s polyglot IDE Komodo. Going forward, ActiveState will work to improve Komodo’s unit testing and code quality for Python as well as other languages.