GPS generates a range of useful information, including call graphs, source dependencies, project organization, and complexity metrics. It also supports configuration management through an interface to third-party version control systems, and it is available on a variety of platforms.

The IDE is extensible via a scripting approach that enables additional tool integration and customization.

The product’s enhanced multi-language support will benefit customers of AdaCore’s GNAT Pro whose applications include C or C++ and Ada. More accurate and complete source navigation using a new cross reference engine, better outlining and indentation, and navigation through #include directives are a few of the new or improved features in this release.

According to Arnaud Charlet, GPS Project Manager at AdaCore, “Developers will enjoy this major release with the many powerful new features it places at their fingertips. It’s really a must for multi-language projects; it uses an upgraded technology that we’ve been developing during the past few years.”

Going hand-in-hand with improved source editing are several new features that AdaCore said make it easier to use, including better target tool-chain selection, access to project templates for easy project setup, faster processing of large projects, and improved handling of desktops through the use of perspectives.

Detection of entity names in comments and the creation of links to their definitions, as well as handling of lists and intentional line returns in structured comments, should make creating documents simpler, according to the company. 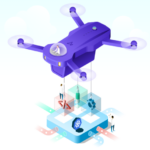