A look at the Nexus Framework 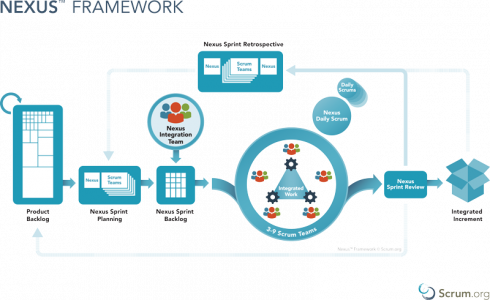 Nexus, created by Scrum co-creator Ken Schwaber and his Scrum.org team, extends Scrum to guide multiple Scrum teams on how they need to work together to deliver working software in every Sprint. It shows the journey these teams take as they come together, how they share work between teams, and how they manage and minimize dependencies.

The Nexus Guide
Nexus is based on the Scrum Framework and uses an iterative and incremental approach to scaling software and product development. Nexus augments Scrum minimally with one new role and some expanded events and artifacts. The Nexus Framework was created by Ken Schwaber, co-creator of Scrum, and was released by Scrum.org, along with a body of knowledge, the Nexus Guide, in 2015 and updated in 2018. It preserves Scrum.

Nexus Integration Team
The Nexus Integration Team is accountable for ensuring that a “Done” Integrated Increment (the combined work completed by a Nexus) is produced at least once every Sprint. The Scrum teams are responsible for delivering “Done” Increments of potentially releasable products, as prescribed in Scrum. All roles for members of the Scrum teams are prescribed in the Scrum Guide.

Nexus Daily Scrum
The Nexus Daily Scrum is an event for appropriate representatives from individual Development Teams to inspect the current state of the Integrated Increment and to identify integration issues or newly discovered cross-team dependencies or cross-team impacts.

Refinement
Refinement of the Product Backlog at scale serves a dual purpose. It helps the Scrum teams forecast which team will deliver which Product Backlog items, and it identifies dependencies across those teams. This transparency allows the teams to monitor and minimize dependencies. 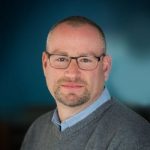 Eric Naiburg is responsible for marketing, support, and communications for Scrum.org

View all posts by Eric Naiburg