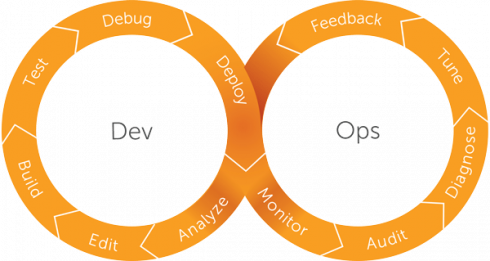 RELATED CONTENT:
The new age of Agile: Evolving from teams to the entire business
Enabling Agile on the enterprise mainframe

“There’s not necessarily a resistance to do it, but where the resistance comes in is they don’t have the supporting infrastructure to allow them to do that,” explained David Rizzo, vice president of product development at Compuware, adding that if organizations running mainframes don’t have tools and processes in place for Agile development — and many don’t — their paths to faster software delivery and the ability to move quickly on business opportunities or to remediate issues will be more difficult. “That’s one of the big issues we see, is that if they’re using outdated tools and outdated process to delivery, they don’t see how they can move faster because they don’t have a means to do it.”

Mainframes have traditionally been used in industries that are highly regulated, such as finance, insurance, health care and more. But even those organizations are looking to modernize their applications, and are learning that new techniques and new architectures can be applied to a world of COBOL and green-screen applications.

Developers today are creating applications for web browsers, mobile devices, tablets, desktops and the cloud. Mainframes, then, are just another endpoint to target — one that comes with the reliability and security that large organizations have come to rely on. According to Rizzo, when you look at the development tooling in the market, the mainframe has become mainstream as far as the available technologies that interact with it.

“From a coding languages perspective, on the mainframe it’s predominantly COBOL, and it’s just another language. I talked to people that are entering the industry, coming out of colleges and universities, they’ve learned seven, 10 different languages in the time they were in school and putting COBOL in front of them is just learning another syntax, another instruction set, so to speak, that they have to work with. Using things like Jenkins, It’s just standard in the toolkit for developers in large enterprises, and connecting to the mainframe is just another platform.”

Compuware provides the tools that help organizations modernize their legacy applications. Topaz is Compuware’s IDE for modern development, based on the Eclipse Java IDE. Topaz for Total Test is a tool for automated unit testing on the mainframe. And last year, Compuware launched zAdviser , an analysis tool for measuring how well the team is performing.

“We look at developers as high-performing athletes,” Rizzo said. “You always want to know what they’re doing right, and how they can be better. The zAdviser product gives them some insight into that so they can help them to continually improve.”

The metrics collected in zAdviser can quantify quality, velocity and efficiency by looking at such things as how much work development teams are putting into the system, how many stories are getting done in a sprint, how many unit tests they’re creating and how many automated scripts are created and executed during a given cycle.

For instance, Rizzo explained, if you have more automated tests, and you’re running them more frequently, your quality will improve, and you can draw that conclusion from other metrics that go with that, like how many bugs were created, how many were fixed, and what are you doing to keep that in check.

The zAdviser tool also gives a view into source code changes, such as how many elements are changing and how many are being deployed. “You can get a sense of the impact that that will have when you want to move to production,” he said. “As the old saying goes, if you don’t measure it you can’t improve it. So, if your start measuring it you start naturally improving it and seeing ways for it to go better.”

Agile and DevOps processes are designed to make delivering software faster and more efficiently, while maintaining the highest levels of quality possible. It’s also about using your resources to deliver as many new features or defect fixes as quickly as you can. Compuware is leading the way in helping organizations running mainframes modernize their applications through modern work methodologies, tools and processes.

“Companies are continuing to do Agile,” Rizzo said. “Those that have embraced it, and those that haven’t, are realizing that they need to implement something that will allow them to increase the cadence of their delivery while ensuring they deliver something that is meaningful and valuable to their end users or customers.”