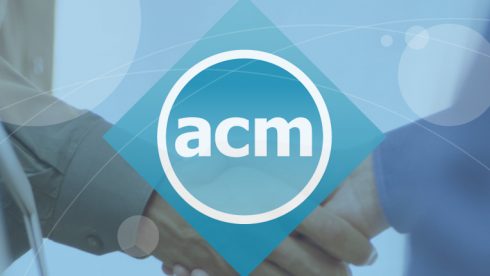 The Association for Computing Machinery (ACM) is honoring software pioneers for their work in AI, theory of computation, and computational biology. The association announced recipients for the ACM Grace Murray Hopper Award, ACM Paris Kanellakis Theory and Practice Award, and the ACM AAAI Allen Newell Award.

The ACM Grace Murray Hopper Award has been awarded to Constantinos Daskalakis and Michael J. Freedman. Daskalakis is an MIT professor who is known for his contributions to machine learning, probability theory, statistics and for challenging the Nash equilibrium. The award recognizes his work towards the theory of computation and economics.

The ACM Grace Murray Hopper Award is given to computer professionals with a single recent major technical or service contribution. The award comes with a $35,000 prize provided by Microsoft.

Pavel Pevzner is receiving the ACM Paris Kanellakis Theory and Practice Award for his contributions to the theory, design and implementation of algorithms for string reconstruction and to their applications in the assembly of genomes. Pevzner’s algorithms underlie almost all sequence assemblers used today and were used to reconstruct the vast majority of genomic sequences available in databases, according to the ACM. The award honors specific theoretical accomplishments that make an impact on the practice of computing and comes with a $10,000 prize.

Henry Kautz is receiving the ACM AAAI Allen Newell Award for contributions to artificial intelligence and computational social science, including fundamental results on the complexity of inference, planning and media analytics for public health. The award is designed to recognize those who bridge computer science with other disciplines and comes with a $10,000 prize.

According to ACM, these recipients were selected by their peers. The awards recognizes them for laying the foundation for transformational technology. Also apart of the technical awards was the ACM Software System Award, which went to Gerald Combs for his work on the Wireshark network protocol analyzer. More information is available here.