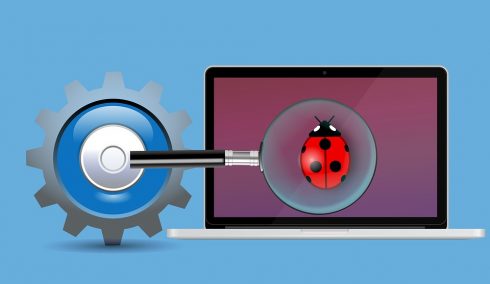 A new coding assistant is leveraging artificial intelligence to learn from previous bugs and bug fixes, and identify when new bugs are introduced. Clever-Commit, originally known as Commit-Assistant, is a new AI technology designed for programmers by Ubisoft La Forge.

According to Ubisoft, the AI-based coding system uses the latest machine learning and big data techniques to analyze past bugs and regressions, create a unique signature for each one, and estimate if a new piece of code introduces a bug. While the assistant does present false alarms, Ubisoft explained that as new bugs and regressions are added, the assistant will create new signatures and lower the false alarm rate.

Beyond exposing bugs, the system is also able to apply reinforced learning techniques to detect the cause of a bug and suggest fixes.

“Overall, we estimate this will free up to 20 percent of programmers time, allowing them to concentrate less on fixing bugs and focus on more important tasks,” the Ubisoft team said in a video about the technology.

While the technology was first tested for video game development, the company has announced its overall mission is to develop, adapt and deploy it worldwide. Ubisoft La Forge is now partnering with Mozilla to develop the assistant further.

“Working with Mozilla on Clever-Commit allows us to support other programming languages and increase the overall performance of the technology. Using this tech in our games and Firefox will allow developers to be more productive, since they can spend more time creating the next feature rather than fixing bugs. Ultimately, this will allow us to create even better experiences for our gamers and increase the frequency of our game updates,” said Mathieu Nayrolles, technical architect, data scientist and member of the Technology Group at Ubisoft Montreal.

Mozilla plans to use the technology through its Firefox development workflows, during the code-writing, testing and release process.

“Part of keeping you covered is ensuring that our Firefox browser and the other tools and services we offer are running at top performance. When we make an update, or add a new feature the experience should be as seamless and smooth as possible for the user. That’s why Mozilla just partnered with Ubisoft to start using Clever-Commit,” the company wrote in a blog post. “We expect to save hundreds of hours of bug riskiness analysis and detection. Ultimately, the integration of Clever-Commit into the full Firefox developer workflow could help catch up to 3 to 4 out of 5 bugs before they are introduced into the code.”

Additionally, Mozilla will contribute to the assistant by helping expand its capabilities in Rust, C++ and JavaScript programming languages as well as in C++ code analysis and other bug tracking systems.