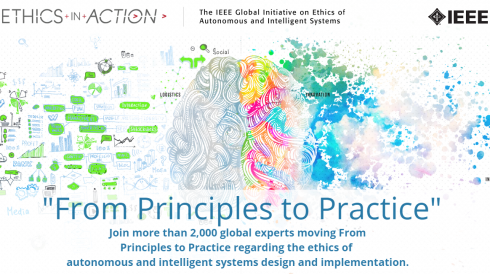 The Institute of Electrical and Electronics Engineers Standards Association (IEEE-SA) is committing to the ethical use of automation and intelligent systems with the release of a new set of guidelines today. The “Ethically Aligned Design (EAD1e) ‘A Vision for Prioritizing Human Well-being with Autonomous and Intelligent Systems’” features “scientific analysis and resources, high-level principles and actionable recommendations for ethical implementation of A/IS,” the IEEE wrote in its announcement.

In addition to professional recommendations for those in the world of developing and implementing automation, including technologists and teachers, the document also provides guidelines for policymakers and regulators.

“[Automation and intelligent systems] can be an enormous force for good in society,” Raja Chatila, chair at the IEEE Global Initiative, and professor at Sorbonne Université in Paris, said in the announcement. “But, in order for that to happen, these systems must be designed and utilized in such ways that they respect human rights, holistically increase well-being and empower all people inclusively across nations and cultures. EAD1e is urgently needed to help policymakers, engineers, designers, developers and corporations to ensure that A/IS align with explicitly formulated human values.”

The organization said that it spent three years to nail down a version of the guidelines that would be accepted by government-affiliated, educational and industry bodies. This includes “the United Nations, the European Commission and Parliament, the Organization for Economic Cooperation and Development, as well as with UNESCO and UNICEF, among others,” the company wrote.

“EAD1e is not merely a comprehensive report distilling the consensus of its vast, global community of creators,” John C. Havens, executive director of the IEEE Global Initiative, said in the announcement. “EAD1e is a catalyst to inspire its global readership to take action; it is a unique and groundbreaking achievement taking ethical implementation of A/IS from principles to practice.”