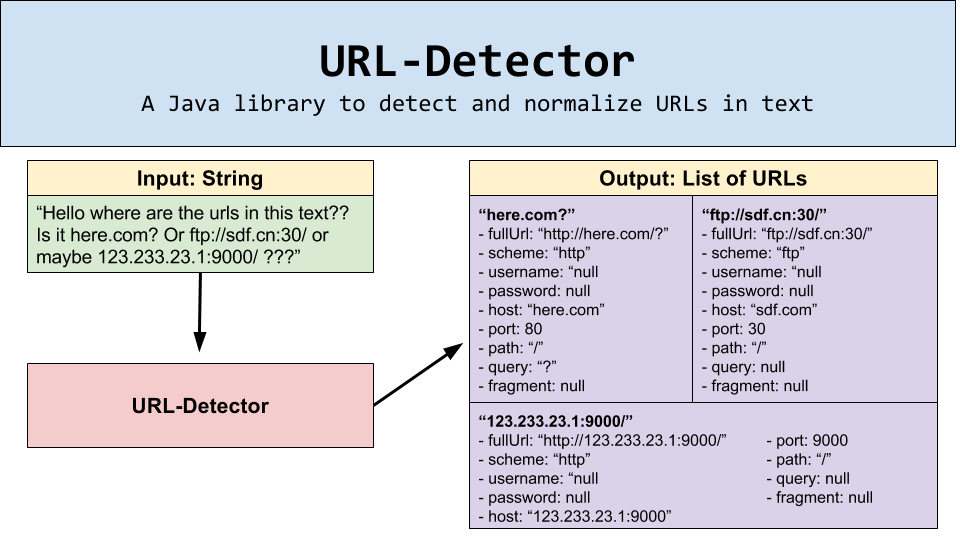 LinkedIn has open-sourced its URL-Detector Java library, which checks URLs for malware and phishing.

LinkedIn wants to detect as many malicious links as it can, so it defines a URL to be anything that can resolute into a real site when typed into the address bar of a browser, according to a blog post. In the beginning, LinkedIn started with a URL solution that was based on regular expressions, meaning it detected potential URLs. Since LinkedIn found too many matches that way, the new approach is reducing the number of matches by finding false positives within the matches.

URLs can be sent to LinkedIn’s service in two ways: by a single URL or as a large piece of text.

“If it is sent as a single URL, we proceed to check the URL through our content-validation service,” according to LinkedIn. “If it is sent as a large piece of text, we run our URL-Detector algorithm to try to search the text for any potential URLs. Before we proceed in visiting how this URL-Detector works and what functionalities it can provide, let’s visit the motivation behind this project.”

To use this library, developers can clone the GitHub repository and import the URL-Detector Library.

LokiJS version 1.4
The open-source project called LokiJS has made it to version 1.4, and with this release comes new performance improvements, a number of bug fixes, and a NativeScript Adapter.

LokiJS is a fast, in-memory document-oriented datastore for Cordova and Node.js. It supports indexing for document access, detects changes in databases, and recomputes itself to contain updated data that is readily available. LokiJS also supports collections like MongoDB, but it saves data to a disk in JSON so the data becomes portable.

With v1.4, a Loki NativeScript adapter is available for NativeScript apps, which can be found on GitHub. Also with this version, there is a pure JavaScript full-stack framework.

Bulgaria gets open-source law
Amendments to the Bulgarian Electronic Governance Act have been approved by parliament and are now in effect, which means that all software written for the government will be open source and developed in a public repository.

According to a Medium post by Bozhidar Bozhanov, the advisor to the deputy prime minister of Bulgaria, this means that “custom software the government procures will be visible and accessible to everyone.”

With open-source software, the government hopes to reduce security incidents and to be able to detect bad information security practices early in the development process. Additionally, a new government agency is tasked with enforcing this law and setting up a public repository.

Optometrists in the U.K. currently rely on digital scans of the eye to “diagnose and determine the correct treatment for common eye conditions such as age-related macular degeneration and diabetic retinopathy,” according to a company announcement.

By collaborating with DeepMind, Moorfields will share its million-plus anonymous eye scans and other related information with eye conditions and disease management. DeepMind will use this information to investigate how technology could possibly give optometrists a better understanding of eye disease, according to the announcement.

“We set up DeepMind because we wanted to use AI to help solve some of society’s biggest challenges, and diabetic retinopathy is the fastest growing cause of blindness worldwide,” said Mustafa Suleyman, cofounder of DeepMind. “There are more than 350 million sufferers across the planet.”