NVIDIA goes all in on AI advancement at GTC 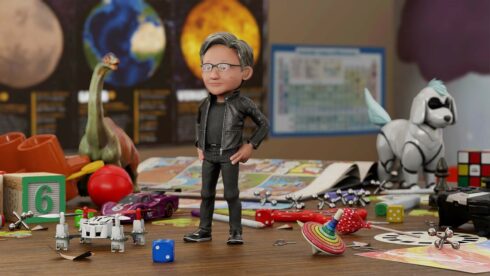 At its virtual GTC event, NVIDIA announced a number of new technologies it believes will transform several industries.

“Omniverse Replicator allows us to create diverse, massive, accurate datasets to build high-quality, high-performing and safe datasets, which is essential for AI,” said Rev Lebaredian, vice president of simulation technology and Omniverse engineering at NVIDIA. “While we have built two domain-specific data-generation engines ourselves, we can imagine many companies building their own with Omniverse Replicator.”

Beyond the Omniverse, the company announced a number of other AI innovations at the event:

Three new libraries were also introduced, including ReOpt, which is aimed at the logistics industry; cuQuantum, which will help accelerate quantum computing research; and cuNumeric, which accelerates NumPy for Python data scientists.

To further autonomous vehicles, the company announced Hyperion 8, which is a hardware and software architecture for autonomous vehicles. NVIDIA’s CEO and founder Jensen Huang said during his keynote, “By 2024, the vast majority of new EVs will have substantial AV capability.” Hyperion 8’s sensor suite includes 12 cameras, nine radars, 12 ultrasonics, and a front-facing lidar.

A full list of announcements from the event is available here.