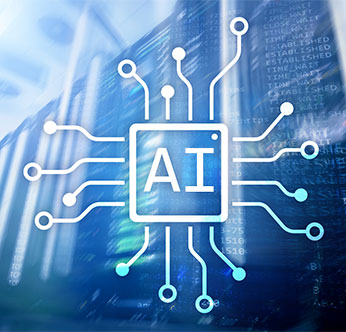 The international standards organization Object Management Group (OMG) announced that it has begun working on defining artificial intelligence standards. These standards will be designed to help “accelerate and improve the creation of useful AI applications,” OMG explained.

“When a technology area reaches a certain degree of maturity, standards enable innovation, rather than impede it,” said Richard Soley, chairman and chief executive officer for OMG. “With defined AI standards, organizations won’t have to constantly worry about the plumbing of a system or reinvent platform techniques and tools.”

In a whitepaper released by OMG called “Artificial Intelligence and OMG Standards,” the company stated that problems have arisen from a lack of standards, such as opaque deep learning algorithms, stalled progress in the robotics industry, and the inability to use useful tools like Google’s new dataset search capability and the W3C’s data catalog vocabulary.

OMG believes it is uniquely positioned to develop new standards because it has spent the last 30 years doing work on standards.

To develop AI standards, the group will first develop an AI reference model that would allow them to categorize cross-domain vs. domain-specific capabilities, platforms, and tools. Once that reference model is agreed upon, organizations such as AI suppliers, users, and government entities can decide which part of the model their initiatives will address.

Then OMG will create an Artificial Intelligence Platform Task Force (AIPTF). The AIPTF will work on promoting the adoption of these standards. One of the goals of the AIPTF is to free AI technology suppliers and end users from interoperability and interchange limitations, which would allow them to instead focus on developing advanced AI applications.

The group will also continue working with existing external liaisons and collaborations, in addition to forming new partnerships. In addition, it will put out a call for participation and hold AI forums. The final step in standards creation will be to create an AI Standards Council, which would be responsible for advocacy, education and marketing, demonstrations, liaison, and certification.

“AI has matured and its successful application can be enhanced by the development and adoption of standards. OMG has the capability and motivation to successfully expand its activities in this domain. We encourage the AI community—across all domains and regions—to get involved in this effort by contacting us, participating in our AI-related activities and events, and joining OMG to take an active role,” OMG wrote in the whitepaper.