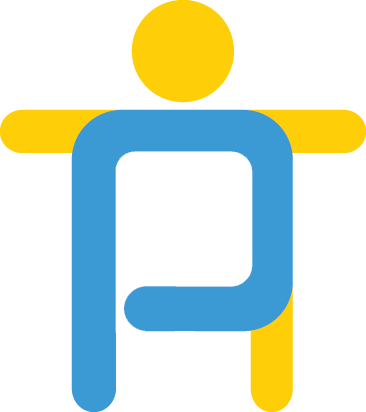 A new artificial intelligence company thinks that its breakthrough in natural language understanding can take on what machine learning experts say is an unsolvable challenge: getting machines to understand human language and its meaning.

Pat Inc., which announced its private beta and US$2.5 million in seed funding this month, is developing artificial intelligence technology that takes the approach of NLU and applies it to machine reading and speech comprehension. The company’s approach combines a neural network with the linguistic role and reference grammar model that was developed by William A. Foley, a linguist and professor at the University of Sydney, and Robert Van Valin, Jr., chief scientific officer of Pat.

The RRG model describes how a sentence is formulated in terms of its logical semantic structure, and it parses straight to the meanings of words, sentences, and even context tracking in a larger piece of text. According to Wibe Wagemans, CEO of Pat, “Pat matches every word straight to the correct meaning, based on the meanings of the other words in the sentence, just like a 3-year-old does without guesswork,” he said.

An example that Wagemans gave was if he stood next to a table, dropped an apple, walked down the stairs, stepped into his car, drove to San Francisco on the 101, and then left his car to go get a coffee. The question he would ask is, “Where is the apple?”

Wagemans said that right now there are plenty of ways to use AI to make sense of the written or spoken word, just by taking the English language, for example. While a person may be able to talk to a bot like Siri, it’s only using the improved technology of speech recognition, which converts a users speech to text and does not focus on the meaning of the sentence.

“The real problem is [bots] are very far behind in NLP, or Natural Language Processing, so what I mean by that is not the speech recognition—that’s not even a bottleneck anymore,” Wagemans. “The real bottleneck where most of the bots trip up and go off the rails immediately even if they understand your speech, is making sense of what you are saying.”

Companies are solving the NLP challenges with two models, according to Wagemans, but both basically use statistics and not meaning. One model is machine learning, and the other is deep learning, which uses neural networks.

The best way to describe what Pat does differently than other bots and AI machines on the market is with an example of a user trying to ask Siri to call a friend, according to founder and CTO of Pat, John Ball. He said that this example is the easiest way to demonstrate how “meaning is going to revolutionize how we work with machines.”

A user can say, “Siri, call Beth… no actually, call John.” Siri and other AI would interpret this sentence as “Call Beth,” because they are only converting the sentence from speech to text. The “Call Beth” part of that sentence is important to a statistical model because it’s two words next to each other that genuinely mean something, Ball said. When there are more words in the sentence, “Call Beth, no call John,” it obviously means “Call John,” but the statistical machines do not cope with that, he said.

“[Statistical machines] works like a search engine,” said Wagemans. “It looks up the meaning of a single word in a dictionary independently but ignores how the meaning can vary based on the meaning of other words in the sentence.”

NLU is an approach where it uses machine learning, deep learning, grammar parsing or a combination of all three. Form follows meaning, said Wagemans, and it can only work if “you understand the meaning of human language to converse with a machine,” he said.

In comparison, some bots today, such as Amazon Echo, are very narrow and pre-programmed, said Wagemans, and Pat’s model is the only one that can break down all of the words in a sentence based on the other words to get the true meaning of the sentence.

Additionally, Pat has launched its API in private beta, and developers can sign up for its waitlist today. Developers will be able to use the API to add meaning to AI products in multiple languages.