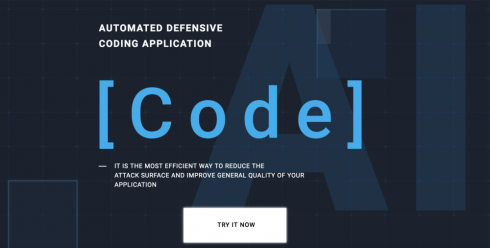 QbitLogic is leveraging the power of artificial intelligence to better protect software systems. The company announced the release of CodeAI, a next generational SaaS platform designed to repair security defects before releasing solutions to the public.

The company is known for its work with DARPA to build an “unhackable” drone utilizing artificial intelligence.

“Bug repairs are the most expensive task in the history of software development. Bugs that were not fixed before release  could cause loss or damage at different severity levels that can affect each and every one of us. The world accumulated a large amount of examples of bug fixes stored on platforms like Github, which contains almost 14 Terabytes of data.  This data can be mined to train AI algorithms like CodeAI to become a very good debuggers,” the company wrote in a statement.

CodeAI is able to predict new defects in code and suggest simple fixes for the issue. As users interact with CodeAI, the algorithm is able to learn from those interactions and will improve overtime, according to the company.

“Anybody with a Github account can use CodeAI for free only once for now, but it will be one of the most affordable solutions on the market later”, said Arkady Miteiko, co-founder and CEO of QbitLogic. “A few teams that are building open source projects had a chance to see CodeAI at work, and already, one of them described it as a ‘first non-human contributor.’ We kind of liked that description and decided to use it. CodeAI is an artificial brain that understands code. Future applications can extend beyond bug fixing.”