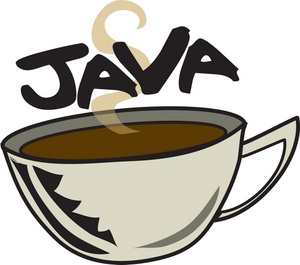 JSR 366 has been approved. In layman’s terms, that means the various pieces and projects that were planned for release in Java EE 8 have been set in stone and readied for development. JSR 366 is the blanket Java Specification Request for the Java EE 8 platform, but the plan for EE 8 includes many more specifications.

Specifications like JMS 2.1, also known as JSR 368. The Java Message Service will get a bit of a scrubbing for release 2.1. The project was already simplifying JMS APIs in version 2.0, and that work will continue in version 2.1. Additionally, the APIs for asynchronous communication will be reworked to make them easier. Also, JMS 2.1 will offer a way to communicate in Java EE without using beans.

JSR 367, scheduled to be released in Java EE 8, includes JSON bindings for Java. Java already has JSON-P, which handles JSON processing in Java. JSON-B will translate Java objects to and from JSON, allowing developers to inject and output JSON from their Java EE applications.

JSR 369 is for Java Servlet specification version 4.0. This project aims to update the Java Servlet technology to support HTTP 1.1 and HTTP 2.0, both of which are currently in development at the Internet Engineering Task Force. This will be a trickier project because those specifications are not entirely complete yet.

JSR 370 is the JAX-RS 2.1 specification. This API gives Java developers access to RESTful Web services and development, and version 2.1 will expand these capabilities to include non-blocking I/O.

JSR 371 lays out a specification for the use of the Model View Controller duty separation. This project was sparked after a survey of Java EE users indicated to Oracle that MVC frameworks were needed for Java development. Unfortunately, many frameworks handle things differently, and thus a specification for a standard was required. JSR 371 will leverage existing technologies, such as Facelets for the View.

And speaking of faces, JavaServer Faces 2.3 is scheduled for the Java EE 8 release. JSF 2.3 is also known as JSR 372, and it should feature an enhancement to its AJAX API that will allow AJAX method invocation. This will allow developers to send real JSON directly from Java EE 8 applications.

All of these specifications must now actually be written. The expected release date for Java EE 8 is Q3 2016, so there’s a lot of work yet to be done here.