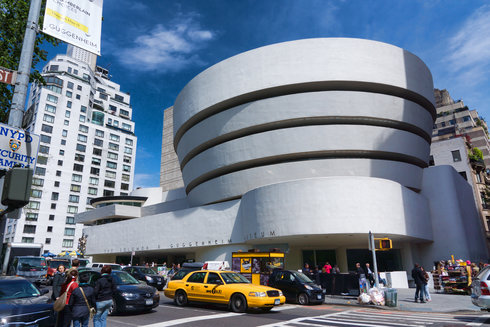 When visiting Manhattan, it is incumbent upon the tourist to visit the museum district. Along Central Park East lie the Metropolitan Museum of Art, the Guggenheim, the Frick and the Cooper Hewitt. Downtown, there’s the Museum of Modern Art (MoMA), and dozens of other institutions dedicated to topics ranging from painting to photography to radio and television broadcasts.

But if you can’t make it to New York to see all these works of art, you can at least develop an application around them. The impetus for talking about this topic came just over two weeks ago, when MoMA released the metadata about its collection onto GitHub.

Yes, that’s a CSV file. Other museums, such as Cooper Hewitt and the Tate Gallery, put out their metadata as JSON files. Still, others, such as the Walters Art Museum and the Rijksmuseum, offer APIs instead of metadata.

This whole metadata thing is an interesting space for preservationists and programmers alike. Just what can you do with this information? Seb Chan suggests making maps and timelines, text mining descriptive texts, or even making an API of your own. He worked at the Powerhouse Museum of Applied Arts and Sciences in Sydney and used that museum’s API to compete in hack days of various types.

Perhaps the best long-term project for using all this metadata would be to construct an index and map of all the world’s important artworks. A worldwide searchable database of art would be useful to tourists, researchers and museums alike.

There is, of course, one big caveat to all of these nifty datasets: Few of them have images of the art they catalog. Some do, but others have unusably small or watermarked images, so don’t expect to be making a VR representation of these museums just yet. Some, like the Powerhouse Museum, however, do offer a great many images online.