Apple to distance itself from Flash 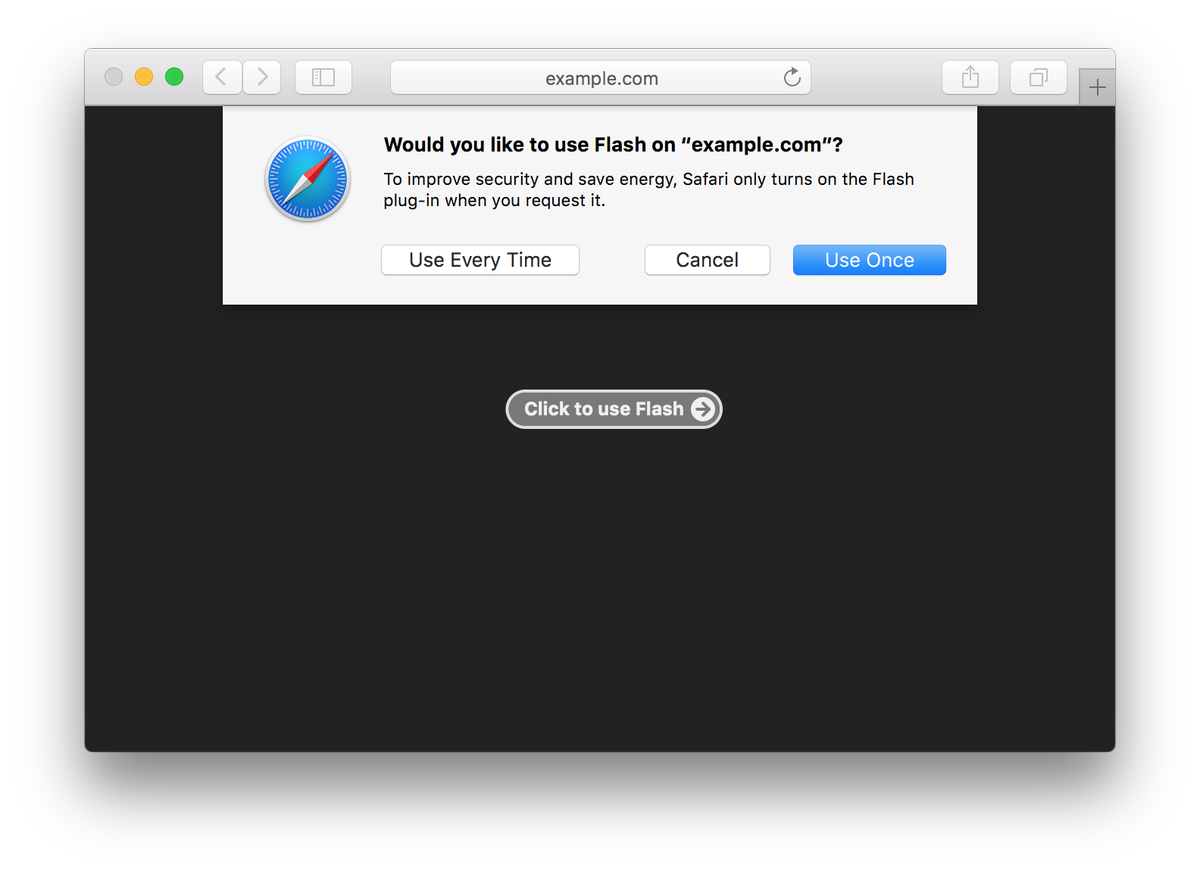 Adobe Flash is facing yet another blow as Apple has announced plans to move away from legacy plug-ins. Starting with the company’s upcoming browser Safari 10, Safari will act as if there are no legacy plug-ins such as Flash installed on a user’s Mac, and will opt to use HTML5 implementations instead.

“On websites that offer both Flash and HTML5 implementations of content, Safari users will now always experience the modern HTML5 implementation, delivering improved performance and battery life,” wrote the company’s Safari team in a blog post. “This policy and its benefits apply equally to all websites; Safari has no built-in list of exceptions. If a website really does require a legacy plug-in, users can explicitly activate it on that website.”

Adobe Flash was once ubiquitous across desktops and browsers, but with the rise of HTML5, the need for plug-ins is no longer required. As a result, companies like Amazon, Google, Mozilla, YouTube and now Apple have started to shy away from the technology. Even Adobe itself announced plans last year to move away from the Flash brand and rename it Adobe Animate CC as a reflection of changing times.

For websites that don’t have a HTML5 implementation to fall back on, the browser will give users the option to activate Flash once or every time they visit the website. The default option will suggest users only activate it one time.

“Whenever a user enables a plug-in on a website, it’ll remain enabled as long as the user regularly visits the website and the website still uses the plug-in,” the Safari team wrote. “More specifically, Safari expires a user’s request to activate a plug-in on a particular website after it hasn’t seen that plug-in used on that site for a little over a month.”

Safari 10 will be released this fall, and Apple suggests web developers test how these changes might affect their websites by installing the beta version of macOS Sierra.

“If you serve a different version of your website to mobile browsers, it may already implement its media playback features using web standards,” the Safari team wrote. “As browsers continue to transition away from legacy plug-ins, you can preserve the rest of your users’ experiences by serving those same implementations to all visitors of your site.”

Apple to distance itself from Flash