Digia gives Qt its own company 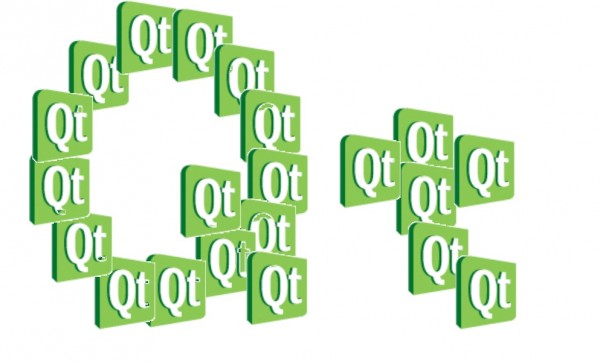 Digia is giving the Qt cross-platform framework more room to roam. The longstanding GUI application framework, developed by Digia and the Qt Project since 2011, is moving to its own company under the Digia banner.

Digia CTO and Qt chief maintainer Lars Knoll explained the reasoning behind the shift in a blog post laying out plans to unify enterprise and open-source Qt packages while moving the framework to a single Web presence maintained by the Qt Project.

The primary motivation behind the shift was to unite parts of the Qt ecosystem that had been drifting apart and keep Qt current, given the dramatic shifts in the software industry toward mobile and multiscreen development. With the framework’s history of changing hands frequently over the years, Digia stressed that it will continue to fund the development of Qt.

“Qt has not been spun off,” said Digia marketing director Katherine Barrios. “We are doing this to better strengthen our technology and bring closer together our commercial and open-source versions, allowing us to better communicate in one voice to our ecosystem. In the past two years, we have seen industry giants who once banked on pure Web technologies see the power of native or hybrid development for performance and smooth graphics capabilities. This is the power of Qt. We want every software developer out there in all corners of the world to have the opportunity to develop with it.”

Qt has always been a journeyman in the software space. The framework has been around since 1991, originally developed by Trolltech, which shepherded it through version 4.0. Trolltech was acquired in 2008 by Nokia, which changed the toolkit’s name first to Qt Software and then to Qt Development Frameworks.

Qt’s brief stint with Nokia ended in 2011-12 when Digia acquired first the rights and then the entire Qt business. Under Digia and the Qt project, the framework and UI toolkit has gained and expanded open-source presence under the Open Governance Model of community-based contribution.

In light of Qt’s newest direction, Barrios laid out some of the major upgrades and improvements still on track for the release of Qt 5.4 in October. The release is expected to include improvements to the Qt Creator IDE, Qt Quick UI and Qt Quick Compiler, as well as a final version of the Qt WebEngine Chromium-based Web engine to integrate HTML5 functionality into applications while maintaining C++ performance.

“The goal of Qt since its very beginning has always been to allow developers to code less,” Barrios said. “We have had a large focus on embedded development and making what can be a cumbersome process easier and faster by providing an integrated tool chain, pre-configured software stack and reference boards, as well as adding embedded Android as a supported platform. Together with our Qt for Android, iOS and WinRT ports released in the past eight months, Qt runs on at least 16 platforms.”

Qt remains a widely used framework despite the tectonic shifts in development over its more than two decades of use, but not everyone sees the changes in Qt’s new company or version 5.4 as significant enough to keep it relevant. Forrester analyst Jeffrey Hammond believed the framework’s time as a significant piece of software is winding down.

“At this point I’m not sure how much more life Qt has left, other than as a legacy platform,” he said. “That’s especially the case as Microsoft winds down Nokia platforms not built around smartphones. Maybe we’ll see some folks take a look at it for [Internet of Things] or small-scale devices, but other than that, I’m not hearing about it at all.”

Despite this sort of skepticism, Digia and the Qt Project are confident the framework’s C++ core and more than 600 APIs will ensure Qt’s continued role in cross-platform application development as its developer community works to advance its IDE and UI technologies and platform support.

“The emergence of new platforms and the need to target various screen types and sizes makes the software industry a multi-platform world,” Barrios said. “Even though it has changed owners in the past years, its foundation remains the same with its goal of making developers’ lives easier. The continued tenacity of our Qt [developers] is what drives our technology and its relevance in the software industry.”