Fly launches with a global Load Balancer as a Service platform 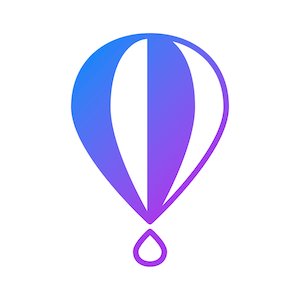 Fly, a global Load Balancer as a Service, is launching today to speed up applications, enable new app features, and reduce lines of code. Load balancers distribute traffic across a number of servers to improve app speed and reliability, but it can also be a bottleneck for some developers. According to Kurt Mackey, co-founder of Fly, this is because load balancers can be complicated to set up properly.

Mackey, who once swore off infrastructure startups, ended up starting his own infrastructure startup because he believed the development process was still missing something. “Infrastructure is tough because most every company is at risk of being an AWS or Google or Azure feature. I [wanted] to build a company that’s independent and relevant for decades. Fly works between visitors and developers’ apps, and that is, I think, the last infrastructure frontier,” he said.

According to Mackey, Fly can be looked at as the next generation of content delivery networks (CDNs). CDNs allow content to come from local servers to accelerate components of an application, but most CDNs operate on static files, giving the same image for everyone, Mackey explained. For instance, if developers want to show different content to users who were logged into the application, CDN’s don’t allow them to easily do that. “Imagine using a hammer to screw in a screw. You can probably figure out how to do it, but it is hard. It is not very accessible to people,” said Mackey.

The other way developers try to solve load balancing problems is by adding heavy JavaScript to their solutions because it is easy to implement, but that can actually slow down the solution, Mackey explained. “Developers are either going to JavaScript because it is easy, or they are just settling for slow, which is a common thing we’ve found,” he said.

In addition, what developers normally have to do to turn an application on is set up their application, set up a load balancer in front of it that is local, get their own SSL, and run all of that. “This is not something developers actually want to spend time on, particularly for new applications,” Mackey said.

Fly aims to replace a lot of the complexity within applications. Mackey explains developers just have to install Fly, and Fly handles the setup, the SSL, and makes sure everything is always valid and the connection between users and the app is always encrypted.

Fly also runs middleware at the edge allowing developers to do certain things like route users to different applications based on whether they are logged in or not, or distinguish if someone is on a mobile connection. “We can enable analytics so rather than putting Google analytics or JavaScript on a site, you can just turn Fly on and it helps in the background of the site,” said Mackey. “This allows you to basically do feature development at the edge, and save yourself a lot of code and time.”

To start, Fly plans on targeting developers who are launching applications to the public. Going forward, the team plans to spend more time on the middleware aspect of the solution, and launch more data centers. Fly currently has six data centers across the world, and plans to add more by the end of the year.

“What we are really trying to do is speed up developers applications, and deploy servers everywhere,” said Mackey. “When you are building an application and you care about speed, you want to run things as close to your visitors as possible.”