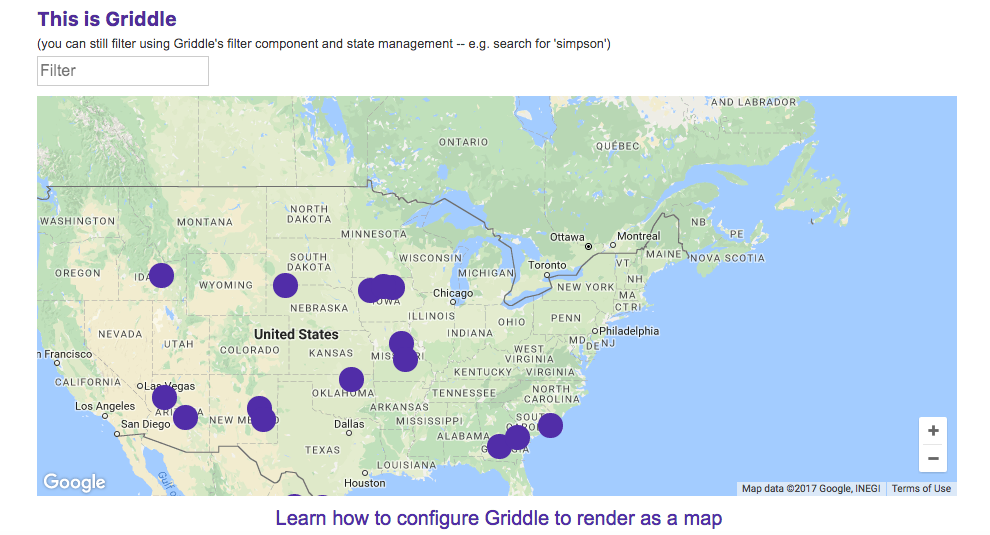 Griddle, the customizable datagrid component for React, recently updated to version 1.0, which rebuilt Griddle with more customization in mind.

Griddle is a component that is structured similar to other React applications, and while it is self-contained, it does not “dictate the structure of the containing application,” according to its documentation page.

With new plug-in support and customization, Griddle becomes more than just a datagrid. Griddle 1.0 ships with basic conventions and functionality, giving developers the ability to customize things like components and methods. And, in order to encourage customization reuse, Griddle supports plug-ins, which are packaged Griddle customizations, according to Griddle’s release notes.

Developers can interact with plug-ins by adding or creating a plug-in. Adding a plug-in to Griddle simply requires passing it in the “plugins” property, which accepts an array of plug-ins, according to the release notes. Creating plug-ins allows developers to customize components, wire into reducers, or create new selectors with Griddle.

Besides the new module architecture and first-class plug-in support, Griddle 1.0 lets developers “customize just about anything,” according to its release notes.

“There are a number of datagrid libraries, and many of them are quite good,” according to Griddle’s website. “With Griddle, we wanted to create a datagrid that is useful out of the box but doesn’t get in your way if you need something different. To that end, just about everything in Griddle is able to be composed/overridden through customization options in the API.”

The grid component is available on GitHub, and more documentation and examples can be found here.