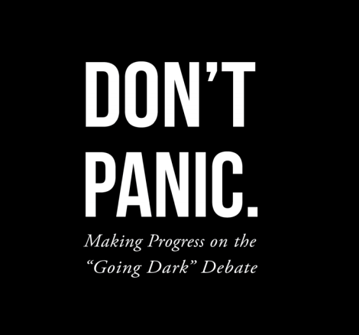 Researchers from the Berkman Center for Internet and Society at Harvard University want to shed some light on the “going dark” debate. The researchers have conducted a study, Don’t Panic: Making Progress on the “Going Dark” Debate, that aims to explore the ramifications of “going dark.”

Going dark refers to the inability of U.S. intelligence and law enforcement communities to access user communications and data. On one hand, the argument says forcing companies to provide and maintain access to a user’s information compromises their security and privacy. On the other hand, the argument states prohibiting that kind of access could derail government efforts to prevent terrorist attacks, or to investigate and prosecute criminal activities, according to the researchers.

“In this report, we question whether the ‘going dark’ metaphor accurately describes the state of affairs,” the researchers wrote. “Are we really headed to a future in which our ability to effectively surveil criminals and bad actors is impossible?”

Based on their findings, the researchers said no, “going dark” doesn’t make it impossible to effectively track criminals. Key findings included that it is unlikely that all companies will adopt end-to-end encryption and other technological architectures that obscure user data; in order for encryption to become widespread, there would have to be a lot more coordination and standardization in the software industry; the explosion of IoT and connected devices has the potential to dramatically change surveillance; and metadata will likely remain unencrypted.

“We argue that communications in the future will neither be eclipsed into darkness nor illuminated without shadow,” the researchers wrote. “Market forces and commercial interests will likely limit the circumstances in which companies will offer encryption that obscures user data from the companies themselves, and the trajectory of technological development points to a future abundant in unencrypted data, some of which can fill gaps left by the very communication channels law enforcement fears will ‘go dark’ and beyond reach.”