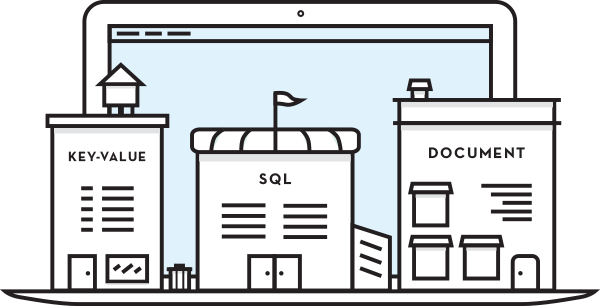 More and more businesses are working with NoSQL and SQL databases, but the problem is that there isn’t anybody providing a vision for how these different database tools might come together, according to Dave Rosenthal, CEO of FoundationDB. FoundationDB wants to change that. The company just released a free, open-source SQL database engine that sits on top of its Key-Value Store.

“This SQL Layer running on top of our Key-Value Store really leads the market in showing how these technologies can come together,” said Rosenthal.

FoundationDB’s Key-Value Store is a NoSQL database that combines scalability, fault tolerance and high performance, and with the SQL Layer sitting on top of it, customers can now get access to a SQL database that inherits all those properties, according to Rosenthal.

“With our SQL Layer, we are giving people a way to get the advantages of a scalable, fault-tolerant engine, but access it through SQL,” he said. “Normally, to reach this tolerance and scalability everyone is after, you would have to re-architecture your apps. There is a big win in doing so, but also a big cost to achieve it. With our SQL Layer, you get all the advantages of the Key-Value Store and SQL without having to change very much to your existing SQL infrastructure.”

The SQL Layer comes from a SQL database that Akiban Technologies, a database technology firm, was working on.

“Akiban was building a really cool SQL database just on its own, but the challenge for them and that company was that they didn’t really have a fault-tolerant scalable engine to support it, so their SQL database had a lot of neat features, but could only run on just one computer like the traditional SQL database,” Rosenthal said.

FoundationDB acquired Akiban in July of last year, and since then FoundationDB has been working on integrating these technologies into a unified SQL and NoSQL solution.

“When the Akiban team joined us at FoundationDB, we knew that the fusion of their SQL database and our Key-Value Store could change the market,” Rosenthal said.

“The launch of FoundationDB’s SQL Layer is a big step toward lessening operational complexities and points to an inflection in the database market as more customers look to combine the reliability of SQL with the scaling that comes with distributed technologies,” said Matt Aslett, research director for data platforms and analytics at 451 Research, in the company’s announcement.

FoundationDB customers who use the Key-Value Store will have free access to the SQL Layer.