The open-source rookies of the year 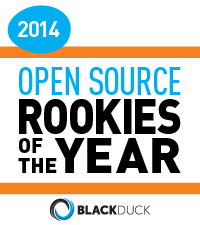 Each year, hundreds of open-source projects get started, but only a handful are appealing, interesting or innovating enough to stay for years to come. In order to recognize those that demonstrate significant traction within the developer community, Black Duck has released its seventh annual open-source rookies of the year awards.

The honorees for 2014 are (in alphabetical order):

In addition, Drone CI received an honorable mention for its Continuous Integration platform written in Go and built on Docker.

The results of the Open Source Rookies of the Year awards were collected by Black Duck’s Open Hub, which tracks community metrics of open-source projects.

“Navigating the more than 1 million meaningful open-source projects in the world is becoming an overwhelming task for developers today, so we are happy to help leverage the Black Duck KnowledgeBase and Black Duck Open Hub to identify a short-list of the newest up-and-comers from the past year,” said Gruber.